Welcome to Storybuilding, a new series that takes a story first approach using lore from the Grim Hollow campaign setting to support new mechanics, with an eye towards showing GMs how and why these new rules were designed. This way, they can be seamlessly integrated into a game, or even expanded with the GM’s own rules options.

All too often new designers and GMs conceive cool mechanics that they would like to design, and then force that design into their campaigns, resulting in disjointed rules and options that can overpower a story. In my opinion you are doing your campaign a disservice if you don’t start the other way. Consider the direction you want the story of your campaign to progress toward, for which you might not have a rule, or the mechanic that is currently preventing the story you want to tell. Address the story need first, and then design your rule to match your story goal. 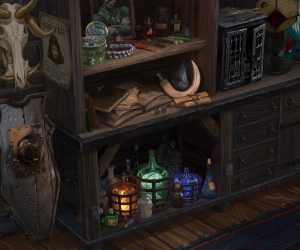 For our first delve into the stories and rule design that follows, I want to focus on an easy and approachable topic: gear. Equipment, especially the non-magical kind, is often overlooked in a lot of fantasy RPGs. However dark fantasy genre RPGs like Grim Hollow frequently have lower levels of magic than traditional high fantasy RPGs, or where there is a lot of magical power it might be controlled by evil enemies; this may be seen in something like Conan, or dangerously corrupting like the crystals found throughout Drakkenheim. There are a lot of reasons that your characters might rely on having the right gear over the right spell or magic item.

There are two common equipment-based scenes from movies that I wish the current 5e rules addressed. The first is typified by the movie Ladyhawke when the escaped thief Phillipe Gaston (Matthew Broderick) fights the guards in an outdoor inn. He blinds one with wine, pushes a bench on one guard to trip him, and then uses a blanket as a quick disguise. Some of our favorite fiction is rife with the idea of using makeshift equipment – whether it’s a fantasy ranger grabbing a pair of antlers off the wall of the tavern, a warrior monk fighting seven foes with just a belt, or even the final girl of a horror movie smashing the slasher in the head with a rotary phone. In a gritty setting like Etharis, there is fun to be had, such as starting your characters as common townsfolk in The Bürach Empire when an undead monster stalks the night, or Valikan Clans farmers when the raiders come. Unlike adventurers, the closest thing to a weapon these folks have at hand might be a rake or crowbar. The rules for 5e address such situations with the brief Improvised Weapons rules that say improvised weapons do damage of whatever weapon the GM thinks is closest and if there isn’t one, it does 1d4 and has a range of 20 feet if it can be thrown. Further the character is proficient with the improvised weapon if the GM thinks it’s like a weapon the character is proficient with or if the character has the Tavern Brawler feat. These 5e rules lack the cinematic flair that improvised weapons often have and the GM is given the extra work of deciding the damage, potential proficiency, and if it has a range, on the fly. The current rules don’t include any makeshift equipment for any purpose other than doing damage, so there is some design space room there as well.

The other scene I am picturing that I might like to include in a game is a quintessential gearing up scene. The character Gabriel Van Helsing (Hugh Jackman) from the movie Van Helsing carried gear from handheld buzzsaws to a grappling gun, all of which were provided by his sidekick Carl in a scene worthy of any Bond film. Whether its King Théoden’s speech while Gamling attends to each separate piece of his armor, Blade covering himself in various weapons, or even Data of The Goonies strapping on his inventions, there are many non-magical but useful items that could be added to your game. Grim Hollow: The Campaign Guide and Grim Hollow: The Players Guide both have rules for advanced weapons but nothing for unique armor or other equipment. If you are running a low magic campaign, any experienced adventurer is going to want to acquire whatever gear they can to give them an advantage against the horrors of the night.

We have two goals before we start designing rules: 1) account for improvised weapons, and 2) consider advanced equipment in addition to weapons. With these in mind, let’s look at some options that might be especially relevant to your Grim Hollow campaign. 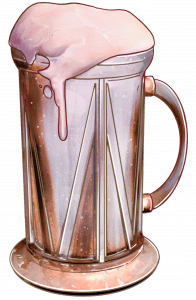 There is a wealth of possible improvised weapons. Nearly anything could be used to strike a foe, but below are some more likely choices or improvised weapons that might add excitement to a fight. The Advanced Weapon Properties armor piercing, double, entangling, and tripping can be found in Grim Hollow: The Players Guide. Below are new weapon properties appropriate to improvised weapons.

Awkward. Weapons with the Awkward property are especially cumbersome and weapons only in the best of imaginations. Attacks made with Awkward weapons are made at disadvantage unless you are large-sized or larger.

Blinding. Weapons with the Blinding property can be splashed into the eyes of a creature near you and potentially blind them. If your ranged attack hits, the target must succeed on a Dexterity saving throw with a DC = 8 + your proficiency bonus or be blinded until the end of their next turn.

Fragile. Fragile weapons are likely to break during the stress of combat. Whenever you score a critical with this weapon the weapon breaks and is no longer effective in combat.

In designing these improvised weapons, I have leaned heavily into exciting choices and included several Advanced Weapon properties. If you are running a dark fairy tale or sword and sorcery type of campaign, these will fit right in, but in the grittier subgenres like grimdark or horror, these are probably less appropriate, and I would remove them. If you want to run a particularly gritty campaign, like one focusing on survival horror, consider adding the fragile property to all improvised weapons.

The Grim Hollow setting provides rules for advanced weapons and expensive mastercraft weapons often made by the dwarves and gnomes of Etharis. These weapons frequently do more damage or have additional useful properties. They also require advanced weapon training that characters gain after 3rd-level if they have proficiency with a martial weapon, or 5th-level if it’s a monk weapon. Being the work of masters, they are also frequently VERY expensive. 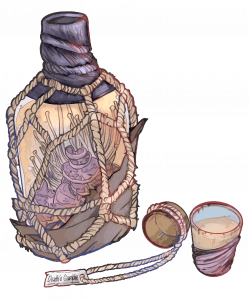 Animal Trainer’s Kit. This kit contains a collection of leashes, harnesses, balls, whistles, crops, treat pouch, and other training tools for working with animals. Proficiency with this kit lets you add your proficiency bonus to any ability checks you make to train an animal.

Bolt cutters. Bolt cutters are designed to cut through chains, locks, or thin sheets of metal. They provide advantage on Strength (Athletics) checks to break an object, but provide more control in where and how the break occurs in comparison to a crowbar. Castinellan inquisitors have also discovered they are useful for easily removing fingers.

Diver’s Kit. A diver’s kit comes with a net sack that includes a snorkel, crude goggles, flippers, inflatable air bladder, and a wrist or leg sheath for a dive knife. Proficiency with this kit lets you add your proficiency bonus to any ability checks you make to harvest food, coral, or pearls from the aquatic environments.

Earplugs. Meant to protect against loud noises, earplugs are also useful against attacks that require you to hear. You gain advantage on saving throws against sound-based attacks like a banshee’s wail or a harpy’s charm. You also have disadvantage on all Wisdom (Perception) checks that rely on hearing.

Healing poultice. Spreading a healing poultice over a wound gives you advantage on saving throws against poison or disease when you complete a long rest.

Jewelry, hidden compartment. Most jewelry can be augmented to created secret compartments that require a successful DC 13 Wisdom (Perception) to find. The compartments are small providing just enough space for a dose of poison, a brief folded note, or a medicinal powder. The cost above is the cost for the compartment that is added to value of the jewelry.

Money belt. Thieves are common in many lands, but the merchants of Morencia invented belts with hidden pockets for twenty coins on the inside. A similar vest-like version is frequently seen in Liesech with space for 50 coins, but the added weight has kept it from becoming popular elsewhere. A successful DC 15 Wisdom (Perception) check is needed to realize that you are wearing a money belt and thieves make Dexterity (Sleight of Hand) checks to steal coins from a money belt at disadvantage.

Plague mask. Plague masks with their fogged eye holes and beaked noses are seen in use by doctors throughout The Bürach Empire, The Ostoyan Empire, and The Charneault Kingdom. Wearing one gives advantage on saving throws against airborne diseases.

Quiet shoes. Specially crafted shoes originally crafted by elven cobblers in Charneault, quiet shoes can now be had in most large cities, if you know where to look. Made to your specific size, quiet shoes are made of silk lined with rabbit fur. Quiet shoes give advantage to Dexterity (Stealth) checks to move silently indoors or while climbing, but provide no protection against caltrops and are destroyed if the get wet. 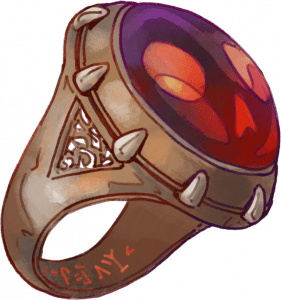 Ring, hidden needle. A ring with deployable needle suitable for injecting poison. The hidden needle requires successful DC 13 Wisdom (Perception) to find. The cost above is the cost for the hidden needle that is added to value of the jewelry.

Skullcap. More than an average helmet, a skullcap fashioned to the specific size and fit of your head can mean the difference between life and death. If a critical hit would reduce you to 0 hit points, you are instead reduced to 1 hit point and the skullcap is destroyed.

Torturer’s Tools. Found in many realms, those assembled in Castinellan are widely agreed to be of the highest quality. In a wooden display box, you find a wide selection of knives, thumbscrews, shears, pliers, hammers, and other tools for breaking a prisoner’s will. Proficiency with this kit lets you add your proficiency bonus to any ability checks you make to compel a captive to answer a question.

The advanced equipment is most appropriate for campaigns where magic is rare, dangerous, or trivial. In these cases, people turn to invention to provide what spells could not. If you are running a high fantasy campaign, the bonuses and abilities of many of these items tread on the ground covered by spells and are likely not appropriate.

Come back for our next installment for Storybuilding, about characters paying a price for magic 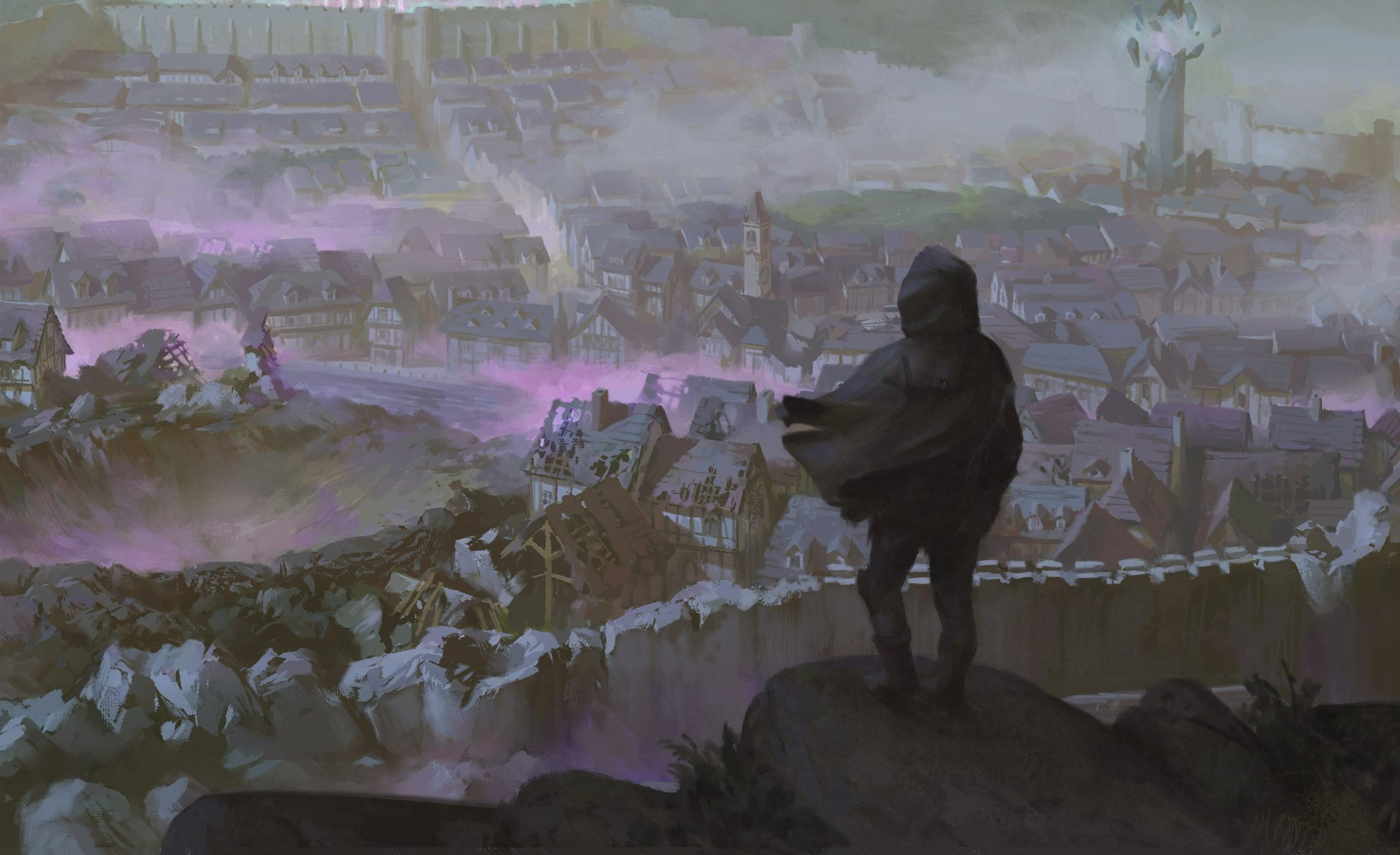 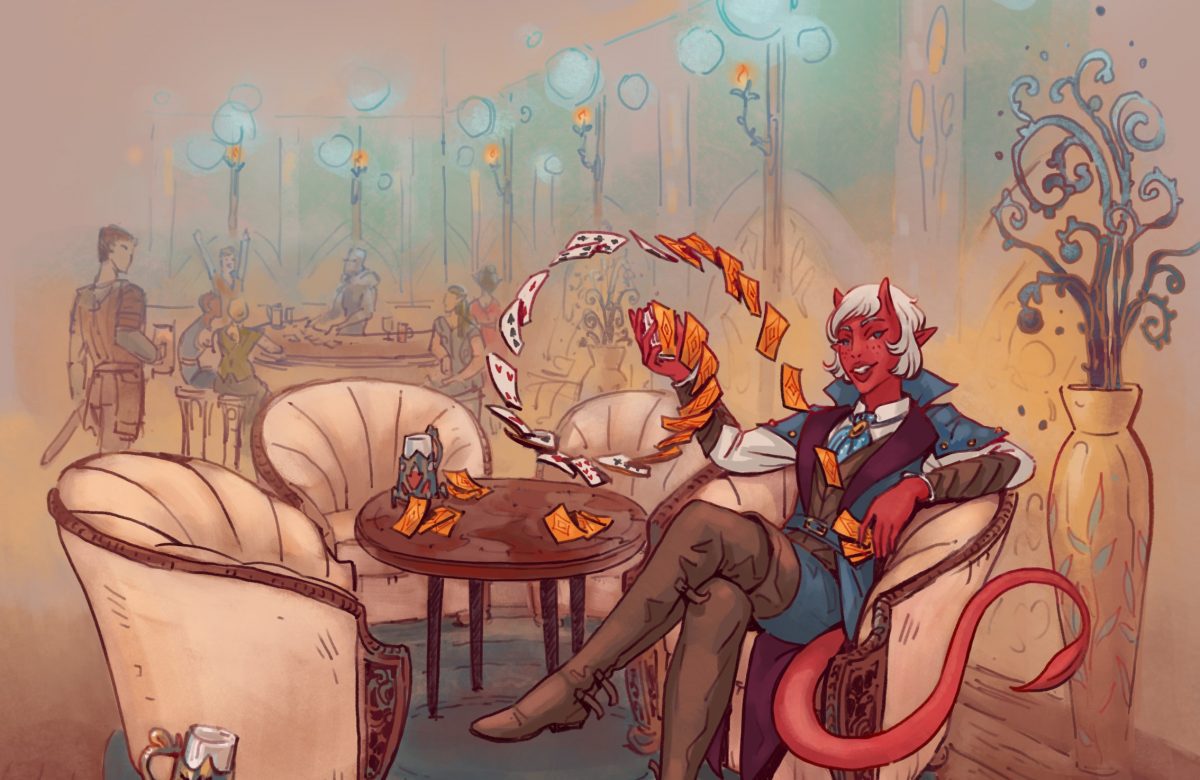 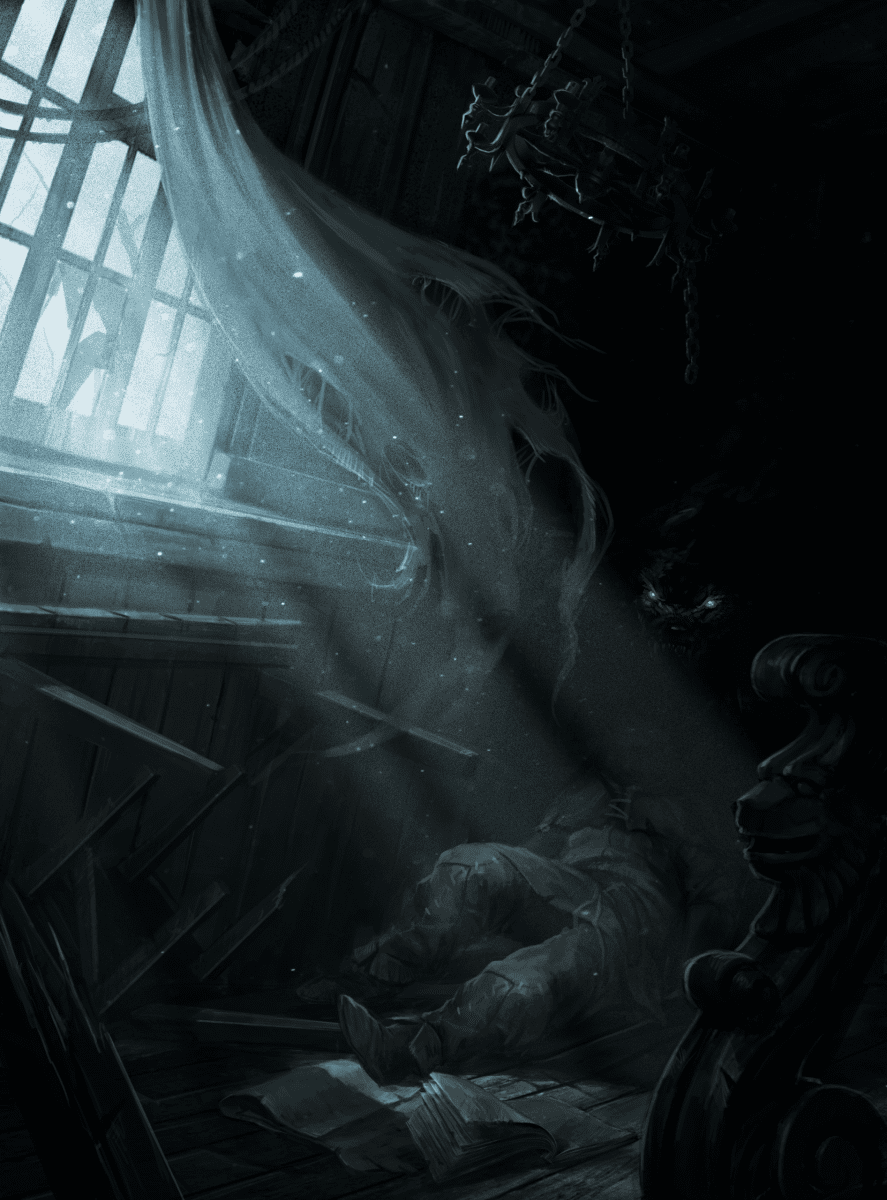 Storybuilding: The Price of Power (Part 1)