Welcome to this nefarious new blog series! Throughout a course of five articles, we’ll be chatting about the need-to-knows of building and running evil campaigns for 5th edition! So, get out your skull jewellery and patent leather capes because we’re in for a wicked ride.

What is an evil campaign?

For those of you new to the idea of an evil campaign, let’s break down exactly what we’re going to be talking about in this blog series, the fabled evil campaign. Essentially an evil campaign works like any other, except that all of the player characters are evil-aligned. Most GMs at some point or another have thought about running an evil campaign, but while the mechanics might look the same on paper, the actual practice of handling a group of evil characters is a true challenge. Successfully building and maintaining an evil campaign requires a lot of skill and a lot of legwork since D&D resources aren’t typically tailored to support such a different narrative. Most products out there assume that characters will go on adventures because ‘it’s the right thing to do,’ which honestly doesn’t cut it for evil characters.

Grim Hollow Evil Campaigns
If you are building a campaign using Grim Hollow, then you are likely already familiar with elements of an evil campaign. If you have players who aspire to transform into aberrant horrors, liches, and vampires, then you have the beginnings of an evil campaign on your hands already. If you have such players and are interested in using the options provided in the book, you might want to consider an evil campaign! Running an entire party of evil characters is often easier than running a standard heroic party with just one evil character.

Why run an evil campaign?

We’ve mentioned that running an evil campaign is more complicated, so why would we do it? Well, for starters, playing evil characters gives you a very different narrative experience. In today’s zany zeitgeist, we see more and more stories championing characters who are different, whether that means monstrous, misunderstood, or just plain anarchistic. Modern culture has fallen in love with the story of ‘the other .’ A chance to portray such characters is often synonymous with playing characters typically considered ‘evil’ in the limited moral scope baked into fantasy roleplaying games.

Besides the appeal of playing totally different kinds of characters, evil campaigns allow us to tell different types of stories. The stakes and consequences present in evil campaigns are different from those in most games. A party of evil adventurers might also seek to stop an apocalypse, but probably only so they can do the apocalypse their way at a later date. In an evil campaign, incinerating an entire city to resurrect a god isn’t an unspeakable act but rather an interesting challenge. In this way, creating adventures, encounters, and story arcs that appeal to different persuasions is as novel an experience for the GM as player characters. 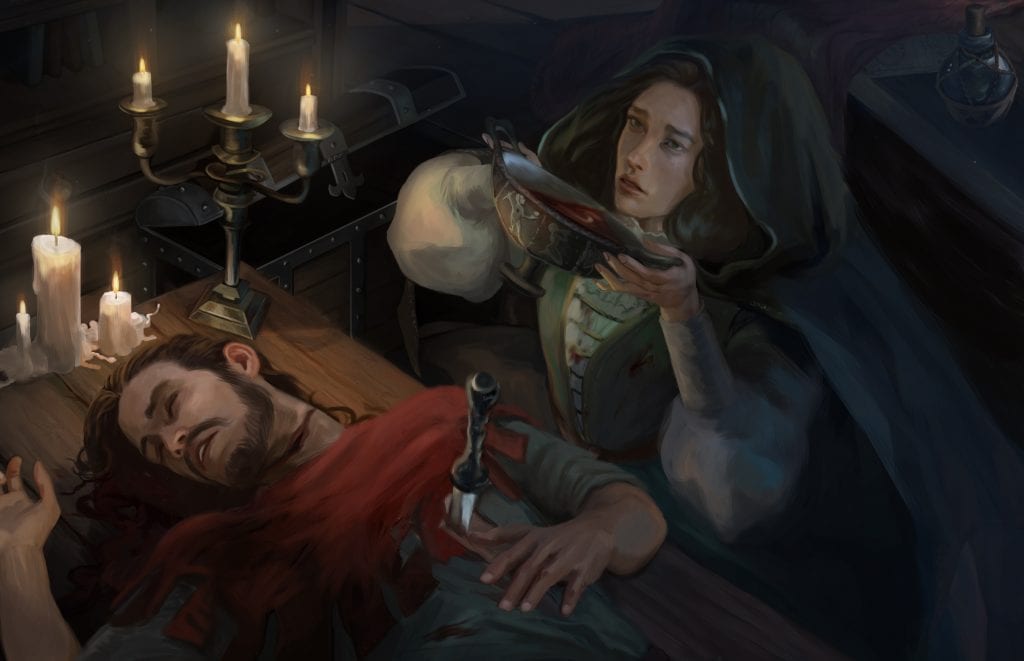 So, let’s say we’ve convinced you. You’re all ready to start an evil campaign. But where the heck do you begin building such a radical experience? First and foremost, you need to assemble an enthusiastic group and plan a session 0.  Both these things are necessary to create a successful evil campaign, and a game without them is doomed to be dead on arrival.

Evil games inherently deal with dark themes, so all participating players must decide on hard and soft limits for what can appear in the game. Every single player should consider and share what lines they are not willing to cross in gameplay, and these rules should be revisited frequently. People might be okay with generic horror movies, but not slasher films. Axe murderers might be okay, but not serial killers, etc. Never assume. Always maintain an open dialogue. And if you discover someone in your group isn’t willing to discuss table safety during your session 0, that is an excellent indication they won’t be a fit for an evil campaign. As we mentioned, there are a lot of great free online resources available to prepare you for running a session 0, but here are some basic content and themes you should discuss whether to include or not in the game:

Those are pretty broad topics that encompass many issues that might creep up in an evil campaign, so there will absolutely be discussion around specifics. Spend some time thinking about familiar evil tropes represented in film and other media and write them down to discuss during session 0.

Tying the Party Together

In the next article, we are going to talk all about building interesting evil characters. Still, for now, we need to acknowledge the importance of tying an evil party together during session 0. By virtue of being evil, it can be difficult for evil characters to get along unless they have a good reason to. A huge goal of your session 0 should be establishing a common goal that every character in the party wants to work towards. Sharing a common goal is the only way to keep game sessions from devolving into total mayhem, so it is an absolute necessity to make an evil campaign work. Here are some goals that work well for binding an evil party together:

Those are just a few ideas, but feel free to develop what works best for your campaign. The important thing is that every player acknowledges this goal, and every player builds a character that can pursue this goal. Without a shared goal and player buy-in, evil campaigns inevitably devolve into player versus player conflict, and feelings get hurt. Having a common story touchstone actually helps players have the freedom to explore what it means to be an evil character. 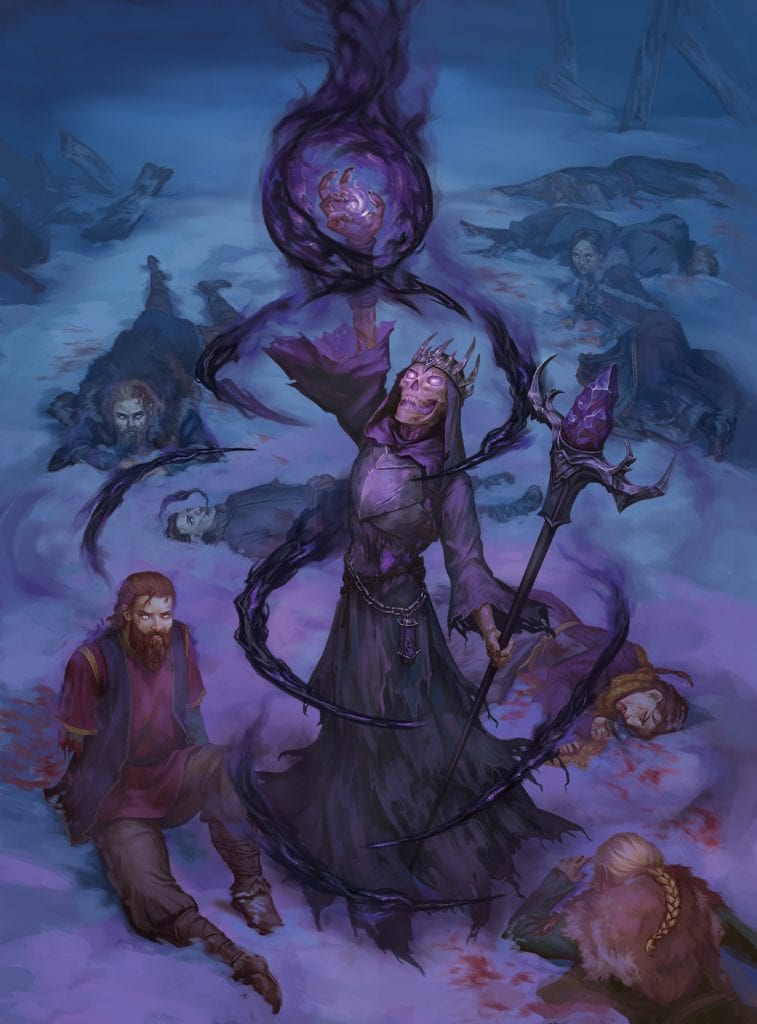 What kind of evil campaign?

When planning an evil campaign, it is important to consider what kind of stories you want to tell. Many genres exist when we talk about evil characters, and establishing a clear thematic identity during session 0 helps ground the players. Here are a few genres commonly seen in evil games:

These are just a few examples of genres common to evil campaigns but identifying a genre that works for your table radically helps to inform character creation and build the kind of stories you’ll be exploring. Choosing a genre also helps set player expectations. It can be frustrating to have a player running around like a comedic supervillain if the rest of the party is committed to gritty grimdark heroes. Communication here is critical.

When in doubt, here are the golden rules of an evil game that you should always keep in mind. As long as these rules are followed, everyone is likely to have a positive experience. Share these with everyone playing at the table:

As with all things, there will be specific challenges that pop up while navigating your evil game that you will have to confront on a case-by-case basis. Every game and every group is different, so you can’t be prepared for every single scenario. However, if you have an enthusiastic group and start with a session 0, you will have fostered the best possible circumstances for your evil campaign to succeed. So get on out there! Draft up some evil, and make sure to tune in to the next article where we’ll be talking all about making fantastic evil characters. 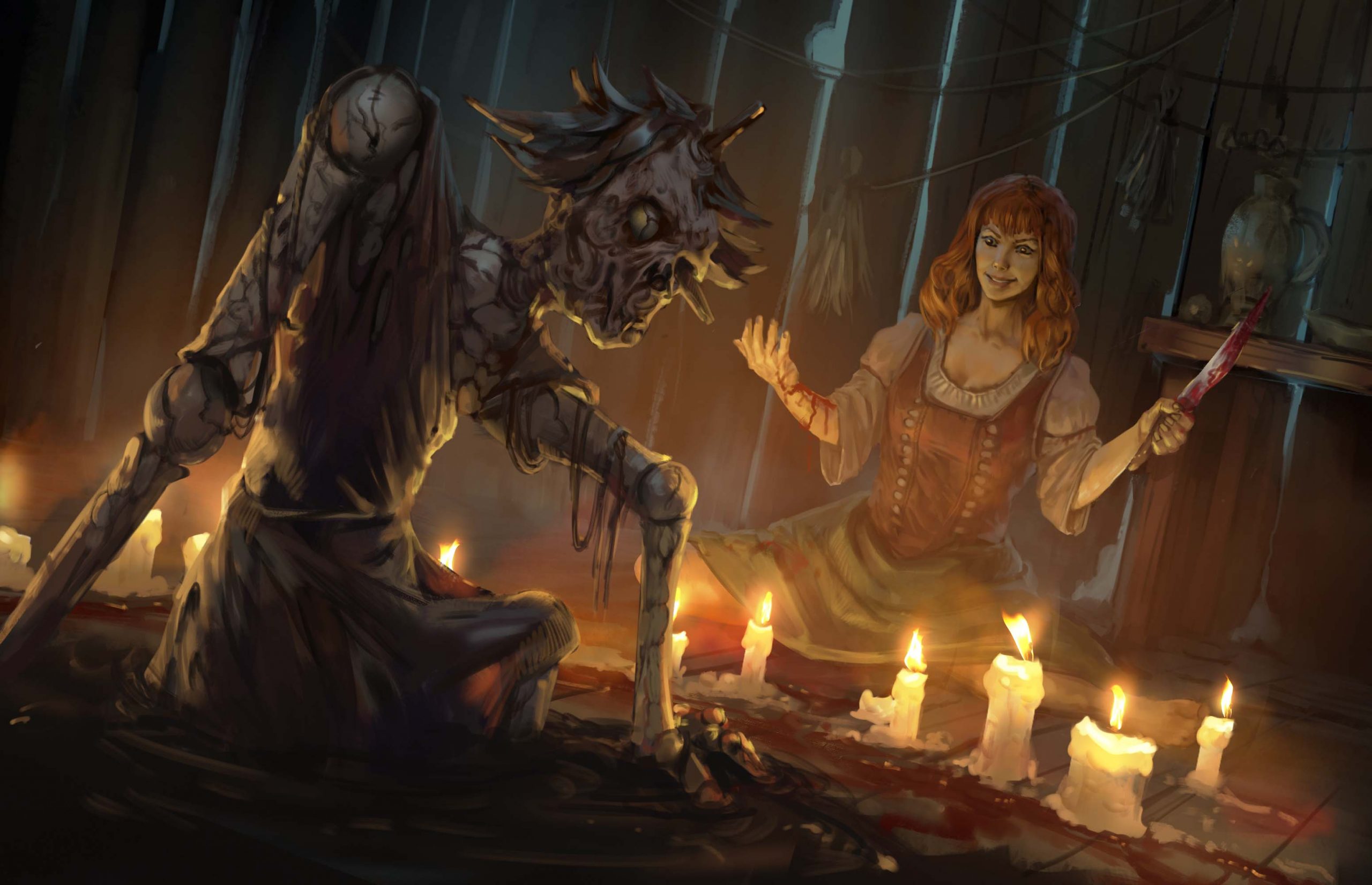 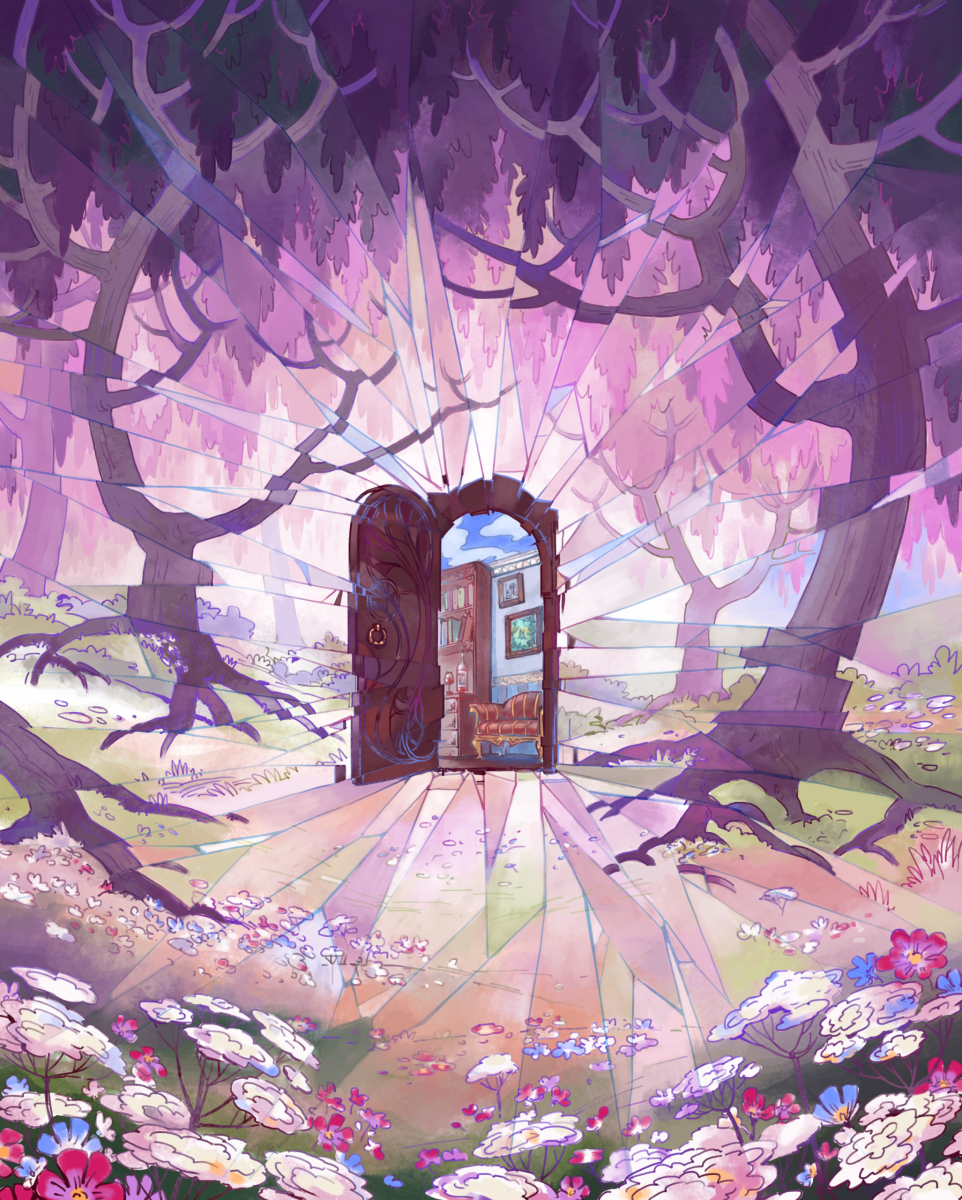 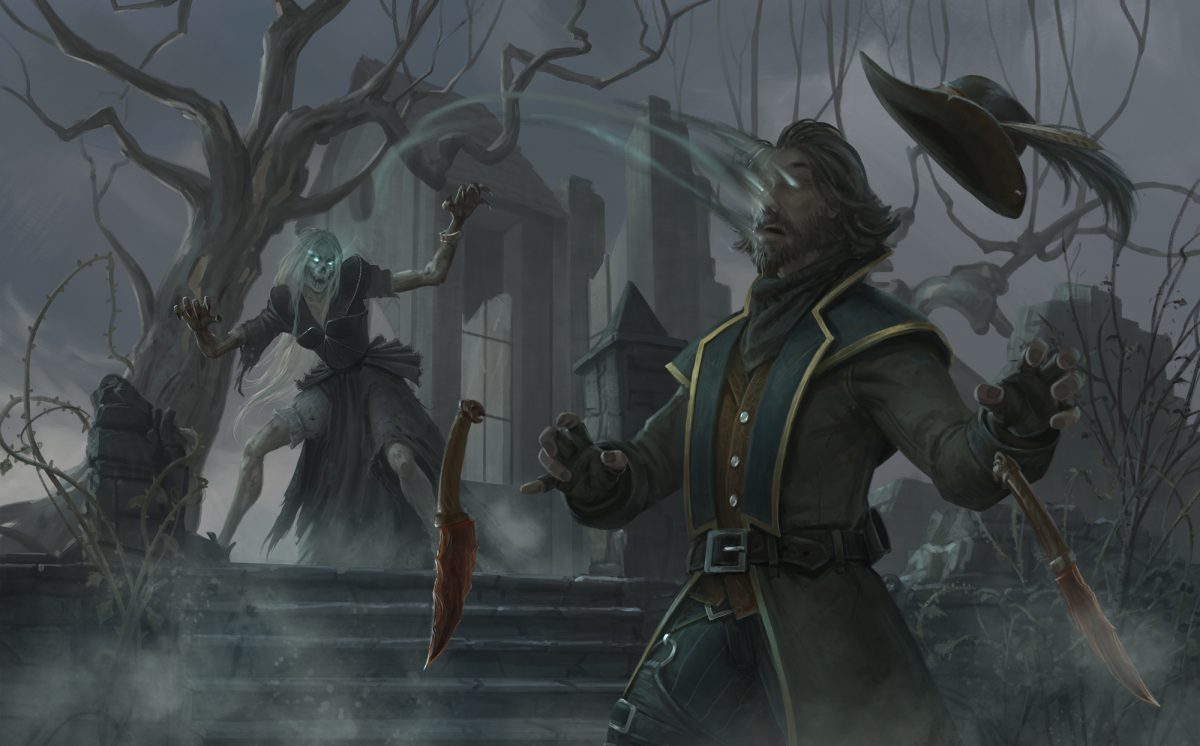 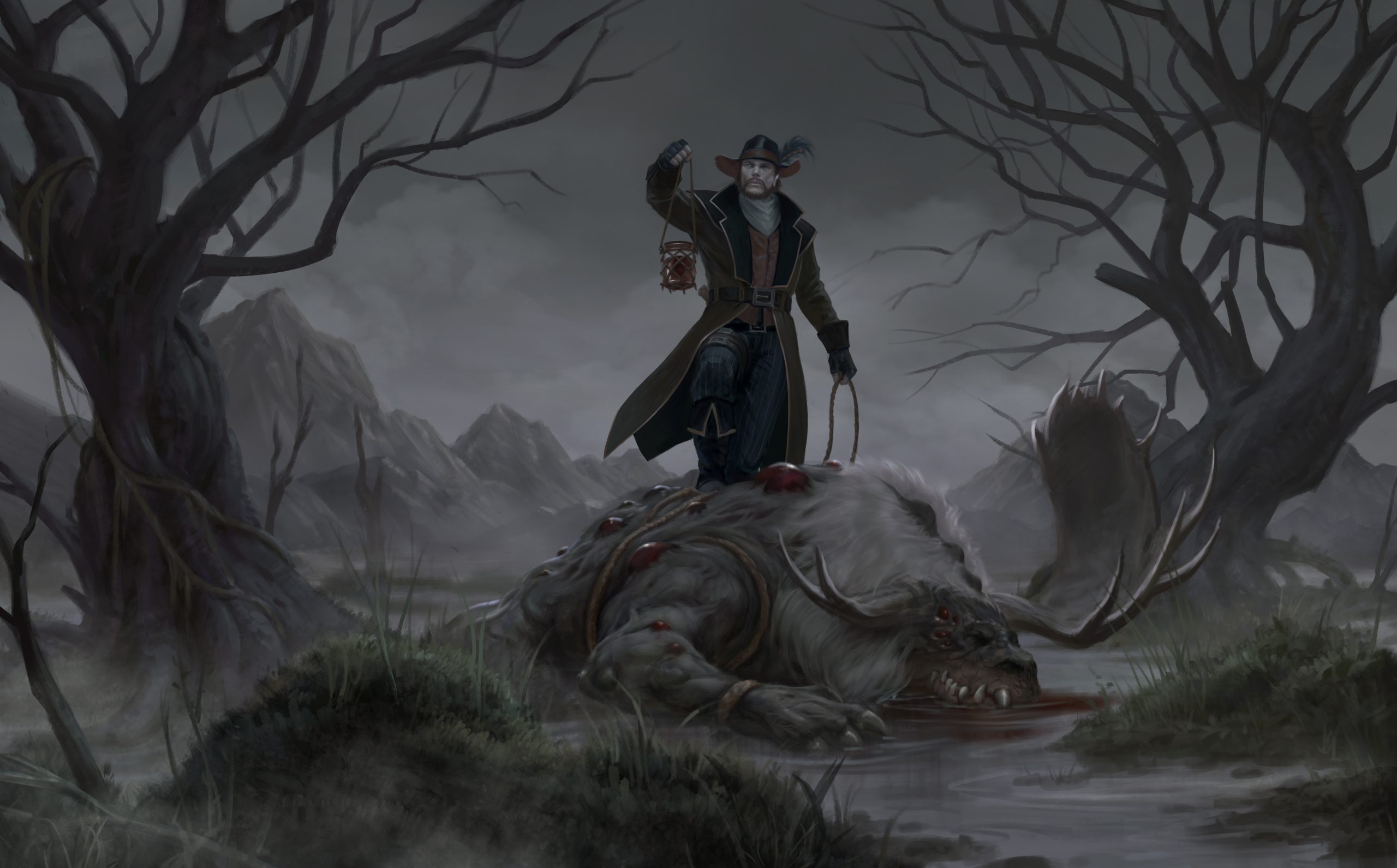 Rumblings from the Word Mines – a peek into the process 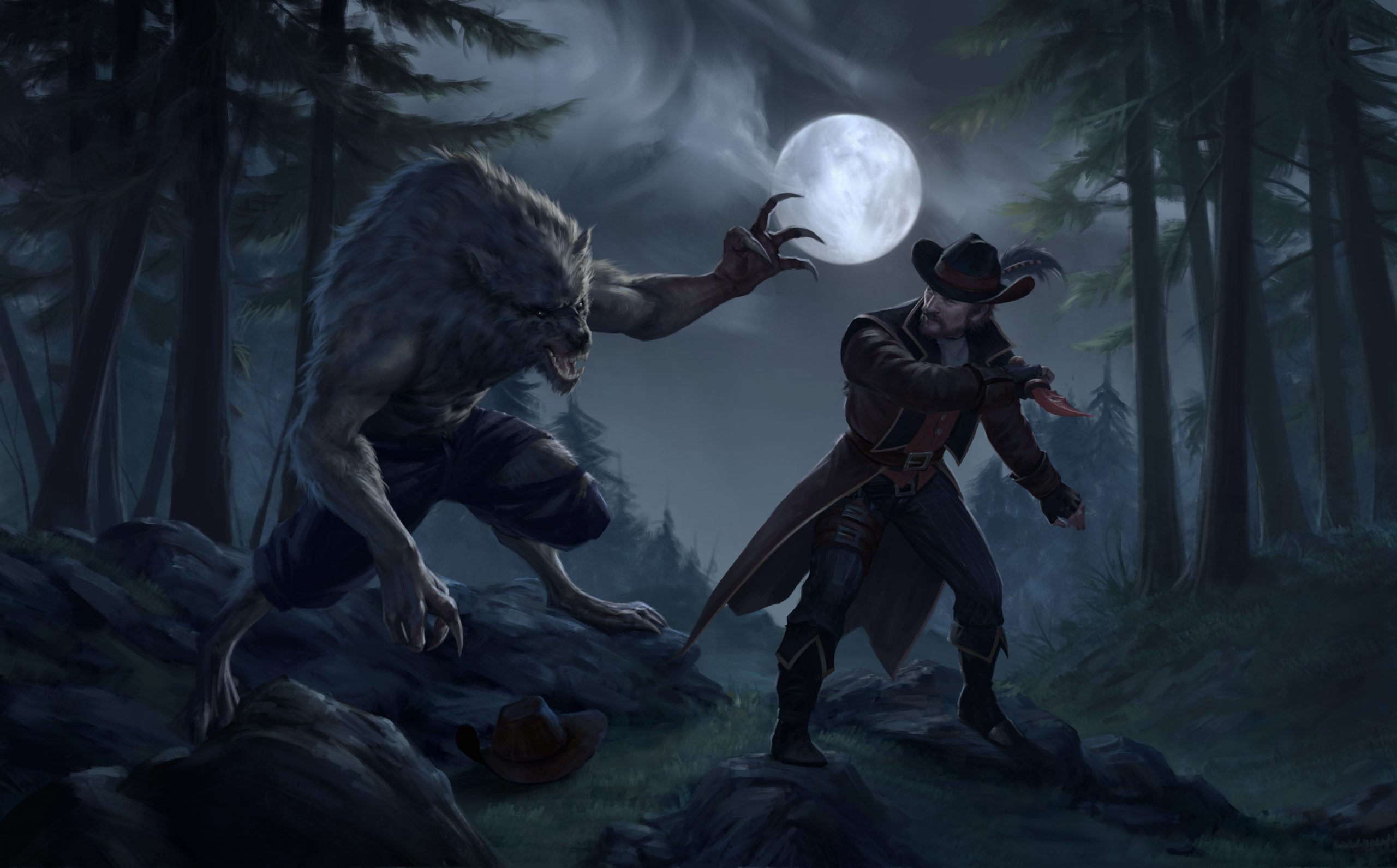 The Story of Fulfilment – Grim Hollow: The Monster Grimoire