The evils that haunt Etharis are many, though few can stand against a party of grizzled adventurers alone. In this series, Villains of Grim Hollow, I’ll draw back the curtain on some of those uncommon antagonists that can go toe-to-toe with your Grim Hollow campaign’s player characters. In addition to the relevant rules, each article in this series will dive into the villain’s backstories, provide plot seeds to incorporate them into your game, and of course, survey the sweet loot they drop if your party manages to defeat them.

“You won’t see her grey fin rise from the sea amidst the mist. You’ll only know she’s boarded your ship when you hear the sound of splintering wood and screaming men.”

The ferocious pirate Captain Grey Fin began her life as Miranda Ramer, a simple apprentice to a sailing merchant of no great repute. While on a voyage across a common trade route with her master, Miranda was given to pirates in exchange for her master’s life. Bitter about being sacrificed by her cowardly employer, Miranda soon became a pirate herself. Unfortunately, she made for a very poor pirate, practicing far too much restraint and empathy. On a particularly challenging boarding, Miranda hesitated to dispatch an adolescent officer aboard the ship her crew was attacking. Her captain witnessed her hesitancy and threw her off the deck and into the cold sea waters. 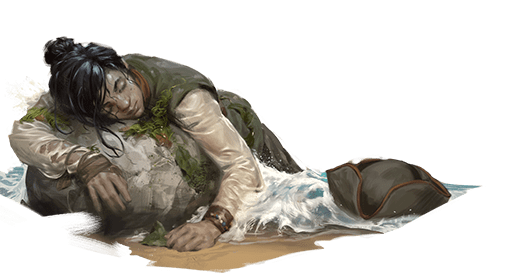 What happened next, Captain Grey Fin has never revealed to another living soul. The girl called Miranda fell into the sea where the blood shed from the battle aboard the vessels above had begun to attract sharks. She was bitten by the largest shark she had ever seen but, instead of tearing her apart, the shark dragged her into the cold depths until she began to lose consciousness. When she awoke, Miranda had washed ashore on a deserted island. She spent the first day in a panic, uncertain she could survive on her own or find a way off the island. She was cold and starving, craving fresh meat and blood. Miranda’s thoughts lingered coldly upon the violence she would inflict on her captain if ever given the chance, her previous empathy evaporated. Eventually, over the course of days, Miranda discovered that she had been transformed into a wereshark.

Miranda returned to the pirate captain who had thrown her off his ship, the second person to betray her, and in front of his crew she ate him alive. The pirates immediately praised her as their new captain. Ever since taking control of the Mistbreaker, Miranda has gone by the name Grey Fin. She targets the vessels in the mists around Morencia, particularly those of foreigners which draws less ire from the ruling elite of the port city. If she were to ever catch wind of her old merchant master’s vessel sailing through the region; she would risk everything to capture and kill him.

Captain Grey Fin In Your Campaign

If you wish to incorporate Captain Grey Fin into your Grim Hollow campaign, consider using or drawing inspiration from the following plot seeds.

Blood in the Water. A Morencian merchant of no significant reputation, Nemmen Dennuna, is looking to hire adventurers to act as additional protection on his voyage home. Dennuna claims the voyage is routine, and to his knowledge that’s true. However, this will be the expedition Grey Fin attempts to get her revenge on him for trading her away to pirates all those years ago.

Maritime Mercenaries. Six months ago, the Supreme Council in Morencia posted a bounty for the pirate, Captain Grey Fin. The reward offered was 5,000 gp to whoever could bring her ship, the Mistbreaker, into port as proof of her death. Nearly everyone in the city knows someone who got swept up in the excitement of the bounty and went off, never to return. The bounty has since risen to 20,000 gp but no one thus far has succeeded.

Grey Fin reveals nothing of her history or true self, even to her crewmates. She believes her ongoing domination of the seas around Morencia depends on her fearsome reputation and so takes every opportunity to impress upon others her capacity for swift and brutal violence. She is not entirely humorless but when she laughs it is a dry, bitter barking that ends as abruptly as it starts.

Bond. “The name Grey Fin should strike fear into the hearts of men across every sea in Etharis.”

Flaw. “I hate every remnant of the vulnerable girl I used to be.”

Grey Fin prefers to fight up close and personal. At sea, Grey Fin will use her shark or hybrid form to approach enemy vessels and begin boarding without their knowledge. Once she’s climbing the ship, the crew of the Mistbreaker will begin firing on the vessel to distract them while Grey Fin bites and slashes her way to the captain. If Grey Fin bites another humanoid, she will ensure she kills the poor soul or; in the case of high value hostages, capture them long enough to observe and ensure they haven’t contracted lycanthropy. The last thing Grey Fin wants is a worthy adversary. 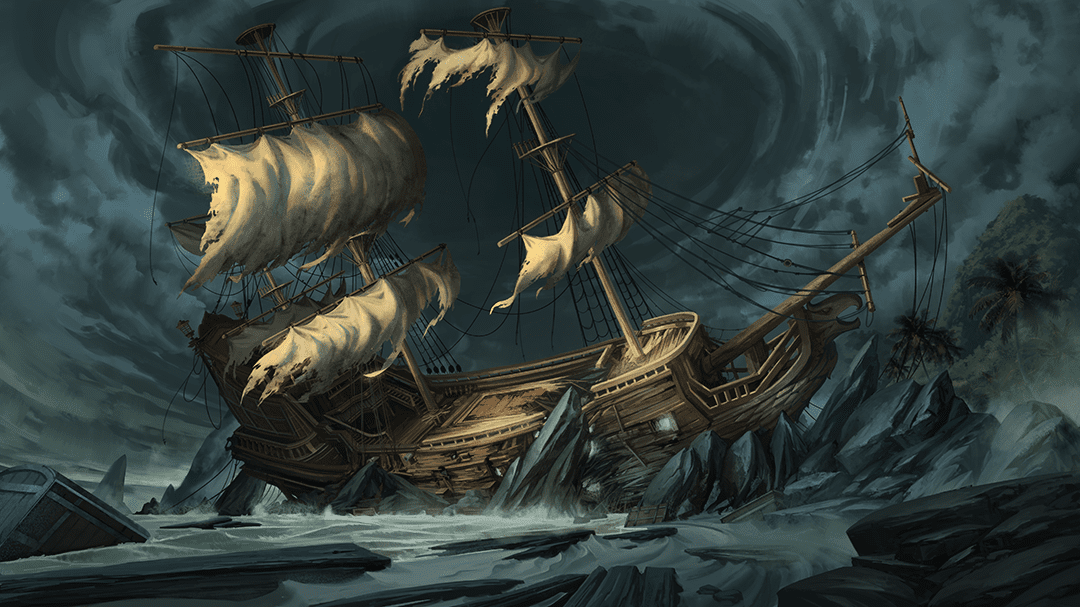 Captain Grey Fin’s lair is her ship, the Mistbreaker. The vessel is just over 100 feet long, nearly 30 feet wide and made primarily of black cherry wood. It boasts four grey sails that blend in with the haze ever present in the waters around Morencia. Apart from the captain, the Mistbreaker’s typical crew size varies from three to four dozen pirates.

On initiative count 20 (losing initiative ties), Grey Fin takes a lair action to cause one of the following effects; she can’t use the same effect two rounds in a row.

The region around the Mistbreaker is influenced by Grey Fin’s cursed nature, creating one or more of the following effects:

If Grey Fin dies, these effects fade over the course of 1d6 days. 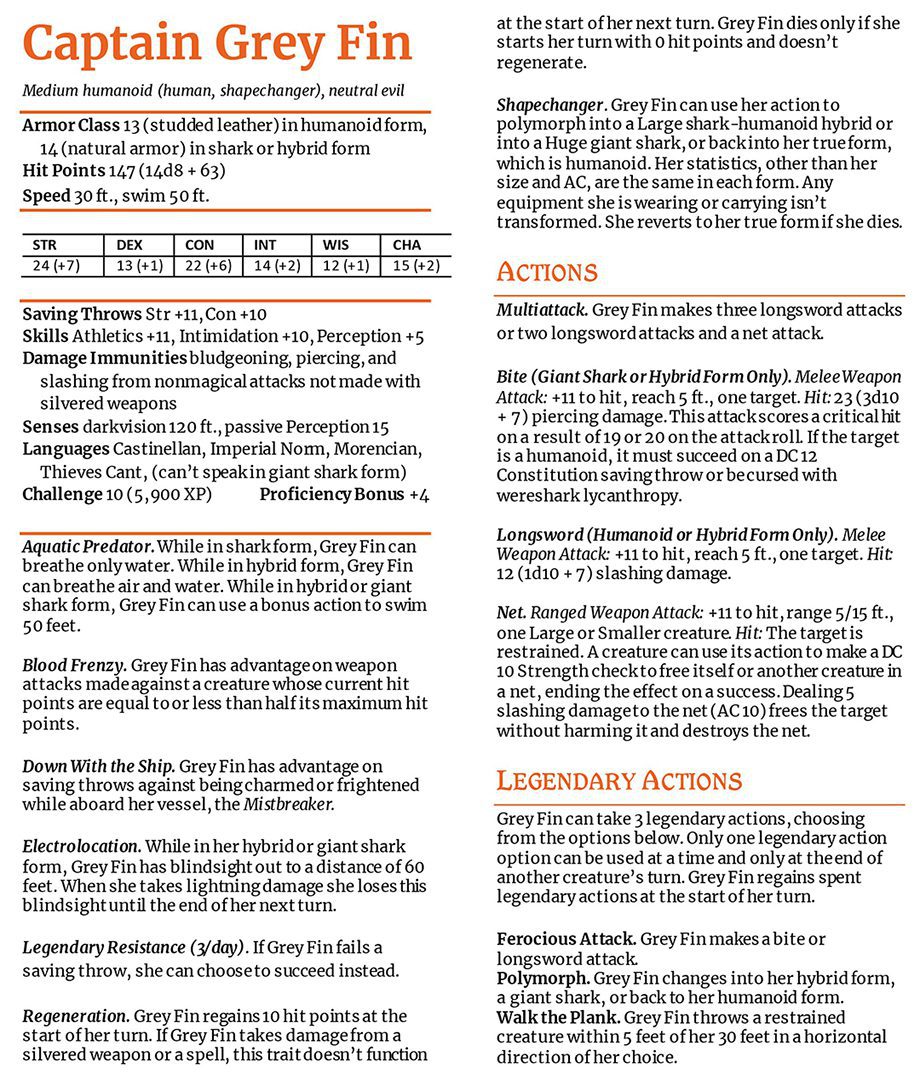 If Grey Fin takes a critical hit from an attack that deals bludgeoning or force damage, she loses 2d6 teeth. If she is in hybrid form or giant shark form when this happens, these teeth can be collected and used to create a vicious weapon. This requires at least 5 teeth and uses 600 gp worth of additional arcane materials and can only create a weapon that deals slashing damage. Creating this vicious weapon requires 12 hours and a successful DC 14 Intelligence ability check using smith’s tools. On a failure, the teeth and materials are destroyed. 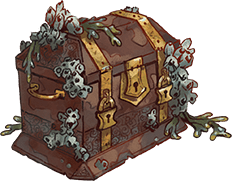 If she is killed, looting Grey Fin’s body uncovers 1d6 gems on her person each worth 5d10 x 10 gp. Apart from that she carries mundane equipment and a journal that suggests she was not as heartless as she had let on. Her remains can be used in a ritual, along with 1,300 gp worth of shark meat and rare sea flora, to allow one character to become a wereshark lycanthrope, using the transformation rules found in Grim Hollow: The Campaign Guide.

DC 12 Intelligence (History): Captain Grey Fin is a dreaded pirate who sails the mist-covered seas surrounding Morencia in her vessel, the Mistbreaker. Various legends ascribe her a number of miraculous powers such as control over weather, the ability to speak with sea creatures, and the power to turn into a giant shark.

DC 16 Intelligence (Arcana): Humanoids who are weresharks bear one of the following tell tale signs of their lycanthropy when in humanoid form: one of their teeth is a shark tooth, one of their eyes is solid black, or they begin to sniff the air and snap their heads at the sight of blood.