Before the elves or dwarves, Etharis was ruled by orcs. From north to south, east to west, they built a nomadic empire of diverse tribes. After dominating the land for centuries they left the continent to sail west. As one, they took to sailing in search of a fabled land, a paradise, to be one with the ancient gods. All they left behind were their half-orc children as their legacy.

The Legendary Origins of Half-Orcs 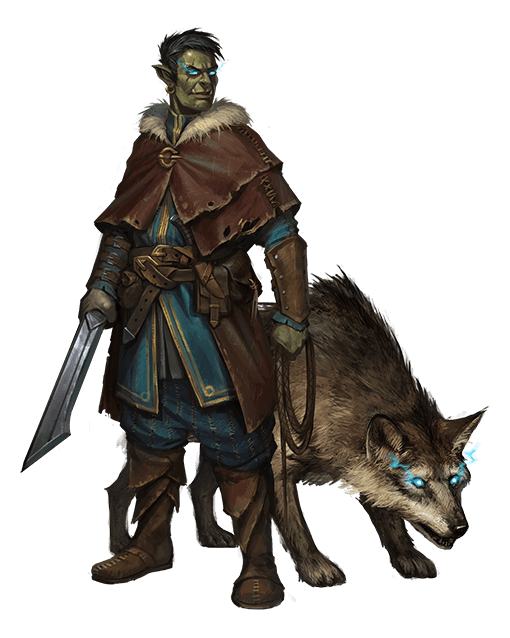 At least, that’s one legend as to why no orcs exist on Etharis, anymore. One among many. It is possible such tales are true, but if it is then why did every single orc leave? Why didn’t their half-orc descendants rise up to rule their ancestors’ lands? This fable, like all of them, begs more questions about the true history of the orcs and half-orcs than provides answers.

Another legend suggests that when the orcs left the continent centuries ago, the last of their kind was seen in Valika. In this version, they left directions on the island of Holgar to reach their new homeland. In this tale, their abandoned children were meant to follow their progenitors once they’d taken the lands of Etharis for themselves, proving their greatness.

The half-orc hero, Thorgard, discovered these directions and took his fleet of longboats to the west to establish contact with his ancestors. He never returned. At least, that’s how this tale ends.

A cabal of half-orcs that know the true fate of the orcs is a common motif in many of these stories, yet they hide their knowledge and guard it vehemently. Which half-orcs know the secrets varies wildly in these conspiracies, from a cult descended from a terrifying orcish shaman to the lone wanderer and last survivor of their family’s name.

All these rumors agree that those who hold the secrets of their ancestors’ fate are simply waiting for a sign to reveal their secret so that all half-orcs may unite and prepare for the return of their forebears.

An entirely different myth claims that a long-forgotten god made half-orcs from the same primordial clay as orcs and humans. They were meant to be a race in this deity’s image. However, when the gods all fell so too did this aspiring god of war. The half-orcs numbers never grew, and they were forced to retreat to the frozen north to survive. This folkloric tale is told among the half-orcs of Kandar, but the theocracy of Thrull consider the story heretical and punishable by death.

There is yet another theory: Orcs never existed. More accurately stated, half-orcs aren’t half, but whole. In this tale, half-orcs are the direct, unaltered descendants of the orcs of legend. The “half” is a misnomer meant to camouflage the orcs during the human directed violence during the Era of Expansion.

This theory contends that orcs were under extreme pressure from the humans and their only escape was disappearing into the snow covered north. There, the few orcs that survived gave up their proud heritage and added the “half” prefix to make them seem to be part human. The proud half-orcs of today do not accept this possibility, preferring to believe their ancestors were fierce and unbending. However, this contention is one of the least outlandish or fantastical, and raises the least questions.

No matter which story folk believe, there are some indisputable facts. There is no group that call themselves “orcs” in Etharis. The half-orcs of today are a feature of The Valikan Clans in the north, where they are tribal leaders, heroes, raiders, villains, shamans, merchants, hunters, builders, and all things between. In the south they are few in number, typically stereotyped by the horrific tales told about their ancestors. But, in Grarjord, they are as important a feature as the realm’s snow and as valued as a summer breeze.

The Hardy Half-Orcs of The Valikan Clans 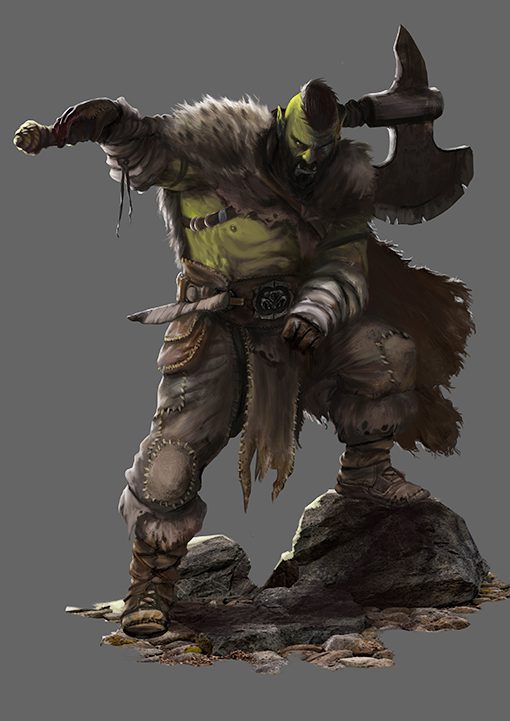 In the The Valikan Clans, there are two nations. Thrull exists in the west as a theocracy dedicated to maintaining the slumber of the Great Prismatic Wyrm. To the east, Kandar maintains more civilized lands with ties to the rest of Etharis. Both nations survive amid the frozen winters and summers through hunting, raiding, trading, and what farming they can manage. Yet, each nation approaches political and religious life very differently.

If you are from The Valikan Clans, chances are high that your tribe includes some half-orc branches. Among both dominions, half-orcs are common within each of the tribes acting as family, friends, workers, warriors, lovers, and leaders.

In Valika, half-orcs enjoy their own rich history full of poetic tales, heroes of great deeds, epic conflicts, and fantastical myths. Some of their culture and traditions are inherited from their ancient ancestors. But so much of it is also born of their great feats conducted in service to Thrull or Kandar.

Half-orcs command tribes, act as shamans, hunt and fish, laugh over campfire stories, and fall in love. Yet, justly or no, what they are most famed for is fighting. The Valikan Clans are violent, difficult lands. There’s not enough of anything in those wintry realms save for cold. Life can be summed in a few words: food, fire, and freedom come from fighting. Half-orcs will not be denied their share of any part of that. The north is harsh, yet half-orc resilience and determination make them suited to thrive in it.

In Thrull, half-orcs embrace their roles within the theocracy. The great rituals and sacrifices performed to keep The Great Prismatic Wyrm slumbering are often conducted by half-orcs. Great dances, their shouted prayers, and the bloodletting inspire the half-orcs of Thrull to fervent belief. Strictly faithful to their religion, these half-orcs are devoted to the Prismatic Circle and play a key role in keeping the druids in power.

In Kandar, the half-orc tribes fight hard to protect their more civilized kingdom against the aggressive raids from neighboring Thrull. Their typically powerful physique has also made half-orcs valuable as laborers and sailors, helping Kandar project its reach to other nations for trading and commerce. Therefore, half-orcs have earned themselves positions of power and wealth, from military leaders to ship captains. The people of Kandar tend to care less for the reputation of half-orcs and value them more for their individual strengths and skills.

Half-Orc Reputation in the Southern Kingdoms 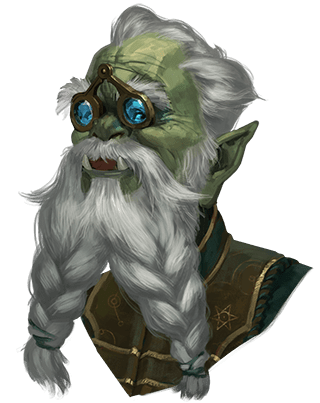 Because of their limited numbers in the south of Etharis, half-orcs live a very different life than they do in the north. Beyond The Valikan Clans, half-orcs are a random encounter. Not existing in large communities further south, it is unusual to meet a half-orc. In lands as far south as the Castinellan Provinces, half-orcs are treated as near mythical creatures, which are known of but never met.

In rural areas, reactions to half-orcs are most often based on local legends about their ancestors. These caricatures minimize who half-orcs are by treating them as something other than individual, intelligent humanoids.

Without the advantage of great numbers outside of the far north, many half-orcs exist in cultural isolation and therefore it is difficult to maintain the fullness of their identity. This often results in half-orcs adopting whatever local culture surrounds them. It is difficult to climb the social ladder when there are no familial bonds to help support a name or reputation. Half-orcs living in southern nations are therefore almost always outsiders, and very likely to take on isolated and dangerous professions such as adventuring.

Despite their efforts to meld into the dominant culture or prove themselves useful, southerners by and large treat half-orcs poorly. They choose to not understand or actively cultivate ignorance towards half-orcs out of fear and hatred. It is only with great effort that some half-orcs have demonstrated themselves to be the equals that they are.

In Valika, half-orcs exist as members of the provinces of Thrull and Kandar. In these lands, they are respected and known as leaders, sages, poets, and champions. However, outside of their homeland, they are often treated as monsters instead of people. Despite this, the resilient half-orcs still forge ahead to be part of many great adventures.

Many half-orcs in Thrull fully embrace the druidic order of the Prismatic Circle. Those that don’t adhere to the theocracy are sacrificed to deepen the sleep of Gormadraug, the Great Prismatic Wyrm. For those that reject the old ways, fear of their spiritual leaders leads many half-orcs to flee east across the icy lands for Kandar. Gurdaa Layenhamr is a half-orc mother of seven children, which the Prismatic Circle hunts. Her youngest has been marked for sacrifice. Despite this edict, Gurdaa will not surrender any of her children. In exchange for transport and protection for her family, she’ll trade a great secret: How to forge a coldfire ice lance. 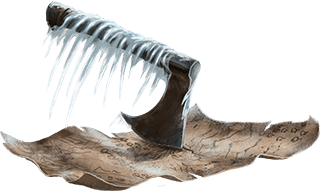 During their time ruling Etharis, the orcs crafted and buried mighty treasures in the tombs of their rulers. There is an old half-orc named Kaldan Hoffshore, bedridden at the Inn of the Last Thaw. He is searching for a band of treasure hunters that will unravel an orcish poem celebrating the life and death of Harg Silver Wind, a great war chief. The last stanza alludes to Harg’s silver longboat, which was buried with her. Kaldan believes he’s deciphered its location but is too ill to retrieve the vessel. If the treasure hunters bring him its silver anchor as proof he was right, Kaldan will share the magical incantation that will make vessel sail on the air.

Raig Ampbell is a half-orc weschelkind, a construct shaped like a half-orc child left in place of the real Raig. Unlike many weschelkind, Raig was raised by the family that he was infiltrated into. The Ampbells instilled in Raig a singular purpose, to find their true son among the fey and return him. Raig has discovered the fey kidnappers but needs help to free his namesake.

A young half-orc, Groodenshall Helgurt, is searching for help. After raiding the northern coasts of the Ostoyan Empire, his fleet of longboats were magically blown towards the Ravencourt Sanctuary. Only Groodenshall’s ship escaped to the mainland. Groodenshall offers a share of his plunder, including many Ostoyan holy relics, for rescuing his kin from the mists and mages of the island.

At Ember Cairn, half-orc Celdan Harsen is accused of being a mage. It does not help that Celdan is indeed a warlock. However, his magical patron is seeking someone to free his vassal. The reward for freeing Celdan is high: The patron offers to imbue arcane power into Celdan’s rescuers as well.

Who knows the truth about the origins of the half-orcs? There is rumored to be a bloodline of half-orcs that maintain the true history of the last orcs. No one knows if this secret cabal actually exists, but there is a rumor that they’re seeking the last of their line to pass on the great poem of their history. Few put much stock into that rumor. However, an elderly half-orc who carries a satchel of gold is hiring adventurers to find a specific half-orc lost in the far south.