During Episode 2 of Fables: Citadel of the Unseen Sun, the party must spend a night in an Ostoyan keep with a small group of knights. The keep is locked, the night is long, and one of the knights is a vampire. The party must determine who it is, lest they be picked off by the vampire one by one. It’s a spooky mystery! 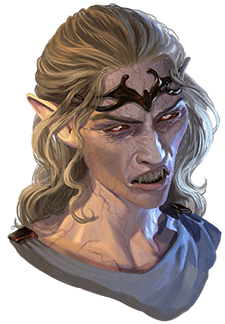 I love running mysteries at my 5e table, which is why I end up writing a lot of them. But mysteries are tricky. You need to give your players the right information, but not too much, or they’ll solve it right away. Your players might ignore your clues, or not recognize that they’re clues in the first place. A fun mystery can quickly become a pain point if you can’t get this balancing act just right.

Here are my tips for running a mystery in 5th Edition, communicating the information that your players need, and obscuring what they don’t.

Start By Listening To Your Players

Communicating with your players starts with listening to them. You can learn a lot about what to drop in front of them by observing what it is they pick up. While “listen to your players” is no major revelation, I find it difficult advice to take unless it comes with a “what” and a “how.” GMs are already expected to listen to and notice so much while running a game. I promise, though, listening for this specific purpose is worth it.

What do we listen for, then? It’s different for every group, but a good place to start is to take note of what your players are engaging with in a session. For example, if my players always agonize over a shut door before trying the handle, I know that doors are probably good places to hide clues. If they gravitate more towards NPCs than exploring their environment, I know to include more clues in social encounters.

When I notice something the players are latching on to, I write it down. During a game, I write things in a scratchpad as they happen. These notes are short phrases instead of sentences. I don’t organize them at all during play. I just make sure to get the details right as quickly as possible so I can get back to responding to my players in the moment.

Within a day of the session, I take those messy notes and turn them into something I can use long-term. I have a permanent notes repository set up online that I can reference at any time.

All of my multi-session games use the Stars and Wishes system, developed by Lu Quade. The idea is that at the end of each session, all players in the game provide a “star” moment of a thing they enjoyed, and a “wish” moment for something they’d like to see happen in an upcoming session.

This framework is fantastic for receiving feedback about what worked and what didn’t. But it’s also great for understanding what parts of the game your players are tuned into.

My players will usually cite their favorite moments as their stars (“It was really funny when Hector went to draw their sword and they were holding a radish instead.”) and things they are interested in as a wish (“I want to know more about why the forest we’re in is covered in that toxic green mist.”).

If players recognize a plot hook or clue for what it is, chances are they’ll bring it up during Stars and Wishes. I usually record my party’s stars and wishes as they’re saying them, and then incorporate those things into my note setup for more prep down the line.

Putting Clues In Front of Your Players

With a better idea of what your party pays attention to, you’ll be better armed to feed them the information you want them to know. So, how do we do that?

According to The Alexandrian blog, you can expect your players to draw a conclusion after you put three clues in front of them. They’re likely to miss or ignore a few clues along the way, but when viewed together, it all paints an accurate picture of the situation at hand.

I always use the Three Clue Rule when I write mysteries, including the whodunnit chapter in Episode 2 of Fables: Citadel of the Unseen Sun.

The Nightmare of Dawn asks players to determine which member of the Order of the Dawn is a vampire in disguise. To help GMs guide their characters to the correct conclusion, I provide a lot more than three clues in the hope that players will see at least three of them. But how do players know what to look for? 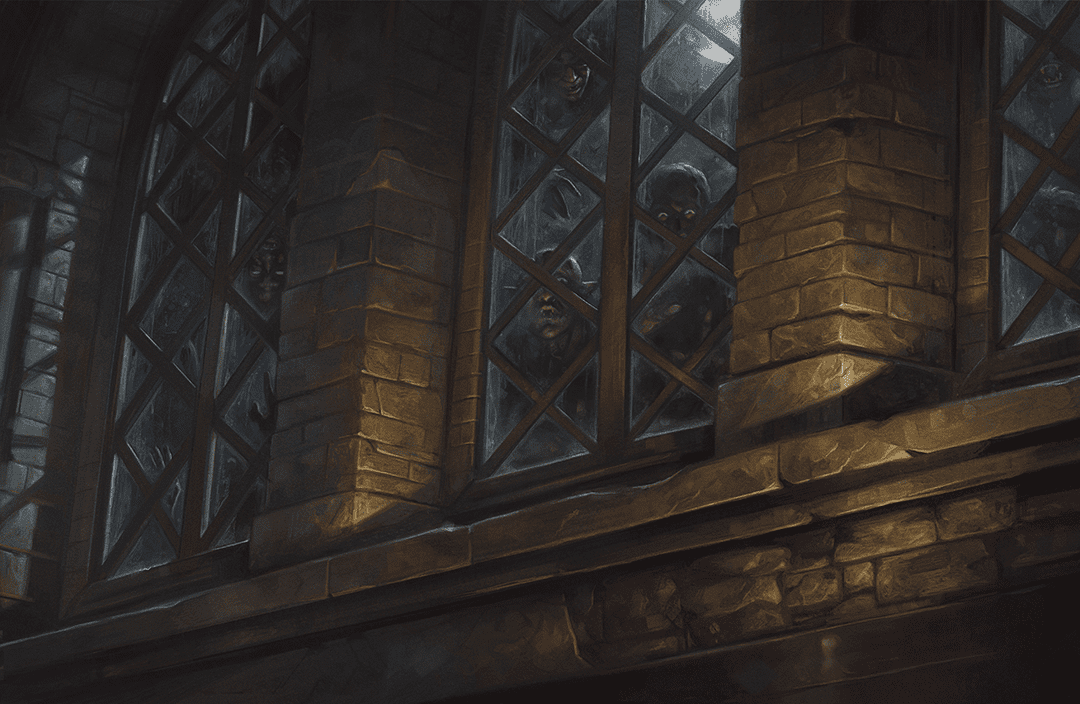 Give Players Tools, but Complicate the Task

If I told my players, “Find the vampire in the room without harming innocent people,” they might not know where to start. Maybe they’d ask me, “What do our characters know about vampires?”

If the characters didn’t know anything about vampires, and they couldn’t find that information somewhere within the adventure, the whole game would come to a screeching halt. So, we have to make that information available. But once players learn that “vampires can’t digest people’s food,” their first instinct is going to be to feed everyone and see who throws up. What was once supposed to be a session-long mystery has now transformed into an ability check or two.

Players need tools, but you can’t give them a button that solves all their problems. Instead, you have to add more steps between the player engaging the tool and solving the problem.

For example, in The Nightmare of Dawn, feeding everybody doesn’t just make the vampire sick. Several other characters have extenuating circumstances that make them unable to stomach the food either. The action might narrow it down, but it doesn’t solve the problem.

Players can’t just try one thing and get the answer. They’ll have to use this clue in conjunction with the rest of their investigation. I wrote the chapter with the intent that no one action (not even a Divine Sense!) could determine for sure who the actual vampire is.

If players are stumped, it’s okay for them to ask for help. That’s what non-player characters are for!

It’s always good to have an NPC who knows what needs to be done but can’t or won’t for some reason. This way the NPC can cede the spotlight to your players, but still help if the group gets stuck.

In The Nightmare of Dawn, the players might ask one of the NPCs for their insight, and the NPC might even share it. In fact, the NPCs could probably solve the problem without the party’s help, but the group is like a family. They don’t want to shoulder the emotional burden of choosing who to execute, so it falls to the players to make that difficult decision. 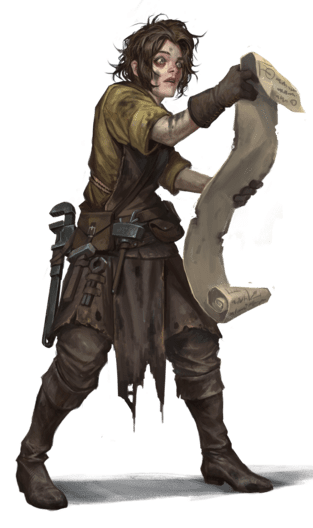 Review Clues With a Campaign Tracker

This trick is for retaining information across sessions. In some of my campaigns, I keep a record of what I think is the most important information. This can include NPC names, party goals, and information the party has recently learned. Then, I share that record with my players.

My campaign tracker doesn’t include every tiny detail, both because that would be too much for me to write and because some players really do find their fun in taking detailed notes. But when I include something in the Campaign Tracker, it’s a dead giveaway to my players that I think it’s necessary information to remember.

Talking Above the Table, the Last Resort

At the end of the day, the most surefire way to make sure your players are retaining the right information is by telling them, outside the immersion of the game. This is always a last resort trick for me, but sometimes it’s necessary! The best communication is the clear kind, which makes it tricky when mysteries are predicated on obscuring the right answer.

When I run a mystery, I like to include two things at the end: the culprit’s tell-all, and a choice. The culprit’s tell-all is the moment where the culprit knows they’ve got no chance of getting out scot-free. They cut their losses and admit their wrongdoing, answering the party’s questions to the best of their ability. The moment is cathartic, and it also clears up any ambiguity that may have come from their deductions. Sometimes their version of events doesn’t line up exactly with the truth, so it’s good to give them an opportunity to align that in-game.

Lastly, the choice. Once the players have all the information they need, what do they do with it? I like to end the story on a choice because it allows the players agency instead of just deduction. But, in the event that the deduction bit doesn’t work out for them, or if you end up needing to reveal the mystery to them, there is still a challenge for them waiting at the end of the story.

In The Nightmare of Dawn, the players learn the horrifying truth one way or another. What will they do with it? I’m eager to know!

I’ve given you all the tools I use for running mysteries, but you can wield them in more than just whodunnits. These tools are useful any time you need to remember relevant information for later use. They’re perfect tricks for springing callbacks on your players.

Episode 2 of Fables: Citadel of the Unseen Sun takes place in Dream Town, a world disconnected from reality and an amalgamation of the dreams of its residents. Dream Town looks different for everyone, as though everyone is living in their own dream, together.

If you’ve ever had a dream before, you know where I’m going with this. Dreams have this funny habit of dragging anything from your subconscious into the light. It’s the perfect place to use callbacks to enhance the weird factor of the place.

NPCs in Dream Town might have similar features to characters the party has encountered in the past (similar to the way faces you see on the train show up in your dreams). Maybe the objects or structures they find in Dream Town look like the structures back home, or places they encountered in Episode 1. Maybe the characters have funny phrases or inside jokes that the villagers in Dream Town inexplicably know. A GM can really flex their callback muscles here to unsettle their players or create a comforting sense of familiarity.

Find more of Leon’s work on their blog at www.barilleon.com