Villains are fun. Like, really fun. They’re fun to watch and read about, and you better believe they’re fun to play. There’s probably a thesis in that, but I’m in no way qualified to go there so let’s just stick with: this post enthusiastically accepts the premise that it’s very entertaining to be kind of a dirtbag sometimes.

And, fellow dirtbags, I’ve got some good news for you: the mist-draped and troubled lands of a dark fantasy 5e game is the perfect home for all your morally grey antiheroes and – you got it – terrible dirtbags in a way more traditional fantasy campaigns are unlikely to be.

Building a Party with Mixed Motivations

We’ve established that occasionally, we all just want to be nasty little fiends, or scheming bog hags, or unhinged farmhands bent upon eating god. In 5e, the usefulness of the alignment mechanic increases exponentially when your party composition ranges from ‘unassuming himbo engaged in Sisyphean struggle to save the world’ to ‘necromancy is just recycling if you really think about it’.

That simple little matrix of lawful-neutral-chaotic-good-evil gives everyone at the table a baseline idea of what they’re working with when it can’t be assumed that everyone’s basically chill.

If your table features newer players, or players who just find roleplaying challenging, alignment is also a handy way for them to check in on how their character might react to a situation. It’s doubly useful to have this basic behavioral framework of alignment to reference when ‘evil’ characters are involved, as hopefully your players are not evil themselves and might struggle to act on motivations so disparate from their own. That said, if secrets, lies, and betrayal within the party is an agreed-upon component of your dark fantasy campaign, you may want to keep alignments on the downlow for twists and turns and dastardly deeds to evoke surprise and delight.

Enabling players to conceal their character’s motivations is worth considering. Dark fantasy is the backstabbing genre, where tropes of chivalry and honor are turned upside down and gutted like beasts to bleed out into the dirt. The thrill of secrets revealed, the incredulity of being tricked, the adrenaline of breaking trust – experiencing these tumultuous moments through the lens of your character is what makes TTRPGs so much fun, and dark fantasy is a particularly dramatic way to play.

It does present us with a dilemma, though: how do you get a group with wildly different motivations, who may be actively plotting against each other, to work together in pursuit of a fulfilling narrative?

5e TTRPG campaigns featuring evil characters run the risk of falling victim to their inherent belligerence, with characters unable to come to an accord on the most basic decisions because agreeing with other people is against their dark-and-grim tortured-loner nature. You can get ahead of this dilemma by baking three things into your delicious campaign pie from the beginning:

Ask your players what their character’s primary goals are, what drives them to get up in the morning (or night, I guess), and weave that into your campaign objectives accordingly. If you’re running a published adventure, you’ll need to do some customization, but it a) doesn’t have to be much and b) will pay off tenfold.

Each new quest your party embarks upon, should present every character with a reason to work toward the common goal – even if that reason is ultimately self-serving! If the party needs to infiltrate a court and depose a mad king, perhaps some characters see an opportunity to install themselves in the doomed tyrant’s place. Perhaps his highness has an artefact of great interest to a character’s eldritch studies, or he was involved in the terrible deed for which a character seeks bloody vengeance. 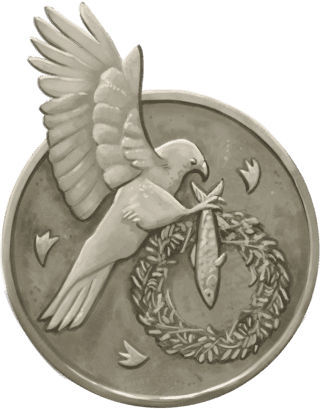 The party should matter to this world, so make sure the world matters to them. This is how you get explicit buy-in over the course of a campaign.

Creating ties that bind in 5e can be as simple as connecting the whole group to an entity or event: perhaps they’re members of a faction like Grim Hollow’s Augustine Trading Company, witnesses to – or accountable for – a terrible crime, are beholden in some way to a key NPC, or maybe they share a terrible curse.

Curses are a personal favorite, and Grim Hollow’s are particularly fun; like the Curse of Damned Aging, at the cumulation of which the unfortunate bearer becomes a body snatcher inhabiting the skin of the character… which adds an interesting dimension to party cohesion! Finding the components required to lift a Grim Hollow curse gives the party a good reason to stick together in the long run, and a reason for it to all go to hell in a handbasket at the end.

You can make the party even more beholden to each other by having players nominate (or roll for!) a type of connection their character has in relation to each of the others: these two are brothers, she is in her debt, he owes them his life, they cannot survive without the medicine only she knows how to make. These complex relational webs take more effort to create, but if emotional drama is your party’s death-row meal of choice, there’s simply no better way to get fed.

Speaking of getting fed, magic items are unequivocally the most delicious treats of TTRPGs and you can absolutely use that to your advantage. By distributing consumable magic items that won’t have a major impact on your campaign but are fun as hell to use, you can condition – ahem – encourage the party to act in mutually beneficial ways when common goals and binding ties simply do not cut it.

This may all sound a little bit underhanded or uncharitable toward your players and their ability to act collaboratively, but remember:

As Above, So Below

As the GM, you’re creating and inhabiting characters as well. We went over this in a very abstract sense in the first post in this series, but in a more mechanical context you can apply all the same techniques to your NPCs. We’ll go into more detail for crafting enemies in a different post, but an easy way to tap into enemy NPC motivations and make them feel like a threat narratively is to take the character’s goals, relationships, and rewards and apply the inverse to your big bads. Which means… sometimes your big bads might actually be the good guys.

Dark fantasy is all about trope-flipping and subversion, hence the proliferation of antiheroes in the genre, but in most of these tales, light does prevail in some capacity. Whether the world is saved at a painfully high cost or ends in cold, unforgiving darkness with the bittersweet knowledge that everyone tried their best and loved well along the way: there is light.

For evil-aligned characters this usually necessitates the discovery of a heart of gold or a catastrophic end, facilitated by you as the GM.

When we’re talking about campaign resolution it’s important to outline the broad strokes of what may or may not happen as the group’s lasting sense of satisfaction hangs heavily on those final days, hours, and minutes with their characters.

By foreshadowing with broad strokes – “in all the stories we talked about as inspiration for this game, the good guys do win in some capacity!” you can keep your secrets while warning players that their evil characters may reap what it is they choose to sow – as above, so below. 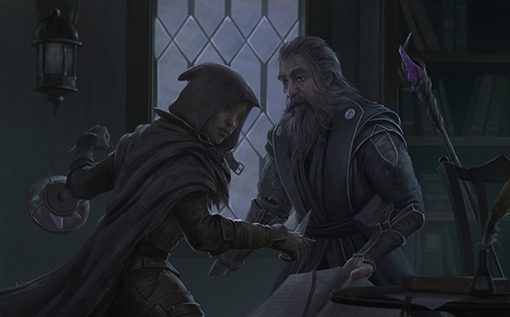 I want to preface this part by making it abundantly clear that as the GM, your role is to facilitate the narrative – not mediate interpersonal conflicts between players. The responsibility for maintaining party cohesion is, ultimately, up to the players themselves. After all, they’re the ones who created these beautiful, terrible, complex, and morally-grey characters.

That said, sometimes facilitating the narrative requires a bit of communicative caretaking. Two players may have spent the last 15 minutes arguing about the best course of action, and you can tell they’re beginning to get genuinely frustrated. Or maybe one character has struck out on their own, and they’re getting upset when the story’s focus returns to the rest of the party. In the first case, your role as the GM puts you in a good position to help the players move forward. In the second, you’re directly involved in the conflict and will have to deal with it eventually.

In both cases, there’s a few ways to make finding a resolution easier for everyone – including yourself.

In the first example, as the GM you can introduce an NPC, enemy, or environmental change that makes a combination of both or the middle ground between the player’s solutions clearly viable – you can also add urgency to move them along from the conflict. In the second, the player may have felt you were ignoring them, which motivated them to split away from the party. Whether that’s true or not isn’t relevant at this point – what matters is getting things back on track, which you can do by giving the player a brief but badass moment in the spotlight, returning them to the party in the process.

If the conflict repeatedly reasserts itself or you just can’t get the game moving again, it’s perfectly reasonable to hit pause and ask the individuals in conflict to have a real conversation about what’s going on – keep in mind this may apply to you as well!

At the close of each session, you can help keep your challenging, deep, rewarding dark fantasy 5e game going with rituals that remind players exactly how freaking excellent it is to be building this story, and to be doing it together. 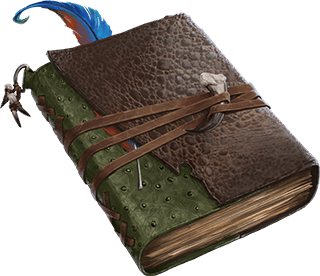 That last one helps players feel okay about broaching things that didn’t work for them, making it easier to solve these problems and run a game that’s dark, gritty, grim, and loads of fun for everyone. Remember, though: adult players have a responsibility to solve their own interpersonal conflicts. Consider only taking this kind of feedback when it relates to your running of the game. That said, be wary of players who only criticize – you’re the GM, not a TTRPG vending machine that dice goes in and 5e falls out.