The Grim Hollow setting takes place in the world of Etharis. Etharis is an evocative and dangerous backdrop for your campaign, and a place where compelling character backstories can take place. With its diverse people, nations, and threats, there is something for all players and GMs to embrace when constructing stories told together.

There are five great nations that lay claim to the majority of Etharis, in addition to a host of mysterious islands and powerful, independent city states. Each nation has their own history and culture that enrich the tales told in Etharis, and here we’ll explore them to inspire your next character or campaign. 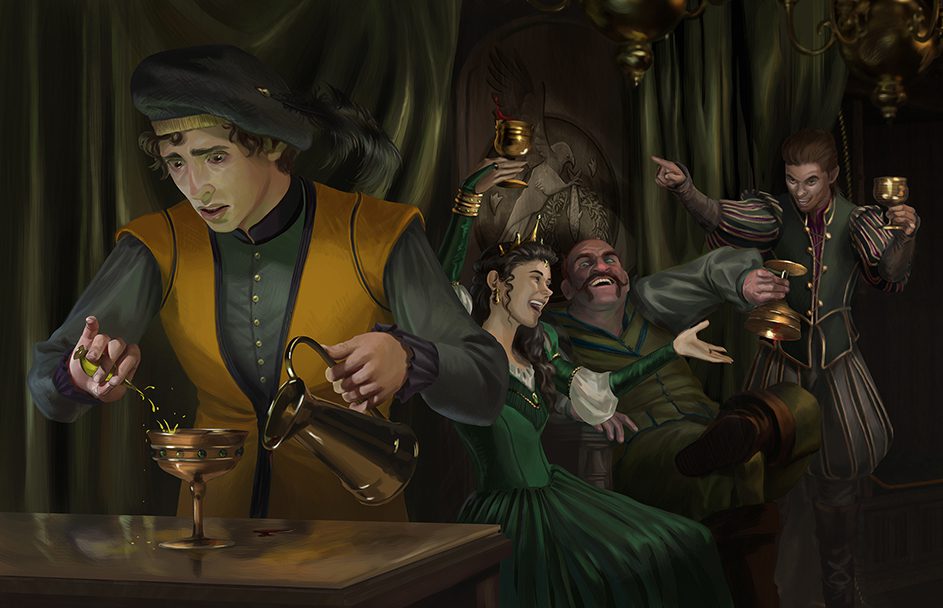 The Bürach Empire is the largest and most powerful nation in Etharis with a massive army and sprawling cities across its four provinces (Abendland, Nordenland, Rauland, and Unterland). One cannot tell the story of the Empire without speaking of the four gods who united in a pantheon that would be the nation’s guiding star, causing its diverse people to unite. That is until a divine madness resulted in a war between them, known as the Gods’ End. Now the Empire is struggling to hold on to its borders and keep its populace from descending into decadence and rebellion.

Given its different provinces, characters from The Bürach Empire vary. However, most are educated and have the advantage of wealth and culture that exceed the average citizen of most other nations in Etharis. With churches common in the Empire, especially the Hearthkeeper Church in the capital of Altenheim, there are ample possibilities for clerics or paladins to have been tutored. The capital of the Empire is also famous for its bardic colleges. Nordenland is famed for magic, with colleges of wizardry in the west and druidic orders popular in the east. Martial characters of both strength and cunning are likely from Unterland where all citizens must give two years of military service. Dwarves and those skilled in manufacturing are a staple of Rauland’s southern populace. Given the Empire’s connection to the dead gods, many of the downcast have also found their home here. The strange race known as the dreamers are native to the caves under the mountains of Rauland. The disembodied are also more common in the Empire, though the city of Ulmyr’s Gate can no longer be found on the Material Plane.

The Bürach Empire is ripe for a host of stories. Some may be localized to a specific province while others could span cross the entire nation. The Castinellan Provinces are the southernmost nation of Etharis. Castinella is characterized by scorching sun, dry heat, vineyards, warrior monks, short tempered swordsmen, and a militaristic theocracy. The three provinces (Toletum, Faro, and Therpena) have been united behind the worship of the Arch Seraph Empyreus, in whose name Arcanist Inquisition is executed. The Inquisition hunts all manner of eldritch monsters and dangerous heretics, and chief among them are those that wield arcane magic.

Fighters and warrior monks are trained in the heat of Toletum, split between rival academies that compete for prestige. Sailors, farmers, and merchants are plentiful in Faro, the gateway to Castinella from the sea, while expert mounted combatants are trained at the High Cavalry School in Therpena. Ember Cairn is the ancestral home of the dragonborn in Etharis, where most of their race can be found. Arcane characters are very rare in Castinella, and they must be excellent at concealing their profession. Sorcerers with metamagic options to hide their spellcasting would be well suited to the provinces. This is because the Arcanist Inquisition is intolerant of arcane mages, and clerics and paladins from this region are likely to be even more unyielding and absolute in their prosecution of dangerous magics. A downcast who still believes in their duty to fight evil may originate from Castinella where they now serve Empyreus.

Religion, duels, honor, and deep passions are frequent themes for campaigns in the south.

The Charneault Kingdom is a vast, misty realm of magic, fairy tales, and unbounded natural beauty. The Spirits of Nature walk among the Kingdom’s mortals. Oaths of honor and deathly curses both have real and lasting power. Mists and dense forests linger alongside ancient elven structures, who once populated this realm before falling back to Tol Leyemil.

Characters from Charneault take oaths very seriously and do not make them lightly. Honorable fighters and paladins make up many of the knights throughout the kingdom, particularly those of the many famous Knightly Chapters. Illusionists, enchanters, and bards are well suited to the mists of the Charneault Kingdom and its themes of misdirection and delight. Druids and rangers live in the deep forests, conversing with the Spirits of Nature. The conflict between the elves of Tol Leyemil and the dark elves of Tol Kerdywel also colors many of the Kingdom’s stories. Given the number of fey folk found here, it is also the realm where wechselkind are most likely to be discovered.

Stories of romance, fairies, druidic lore, and chivalrous knights abound in a campaign within the Charneault Kingdom.

Across the Grey Spine Mountains from The Bürach Empire are the misty forests where one finds dark and haunted Ostoya. It is a land rich in magic, especially necromantic power. Soma in the south is ruled by the Crimson Court, a vampiric aristocracy. The City Below is a labyrinth beneath the surface of Soma, filled with hordes of ghouls, and worse. The north is home to the rebellious province of Raevo and the mages of the Ravencourt Sanctuary, who fight to free their nation from undead. Wealth is concentrated in the cities, while the rest of the country is a wilderness. It is a dark and shadowed realm filled with secrets. 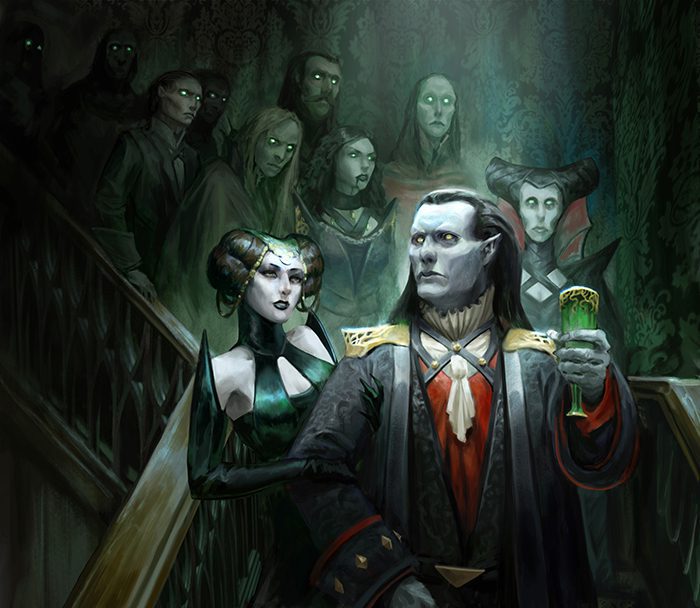 Arcane magic is common in Ostoya. Necromancy is commonly practiced in Soma, while the wizards of the Ravencourt Sanctuary form the mageocracy of Raevo in the north. Warlocks are common in Ostoya, making pacts with the undead and other fell creatures. Those who wish to be undead hunters seek out the Order of Dawn, and many rogues find work with the Ebon Syndicate in the cities. The wild places between the cities are a wilderness that benefit from rangers to protect the people.

While war with The Bürach Empire remains a constant threat, most campaigns in Ostoya revolve around gothic horror or arcane themes.

The northern clans of the Valikan inhabit a land of pines, tundra, glaciers, and forbidding cold. The warring clans raid each other and their southern neighbors. The Valikan live under constant threat of coldfire; a blue flame which burns ice, snow, foliage, and flesh all the same. If the coldfire is not fought back all the world will fall beneath its freezing touch. 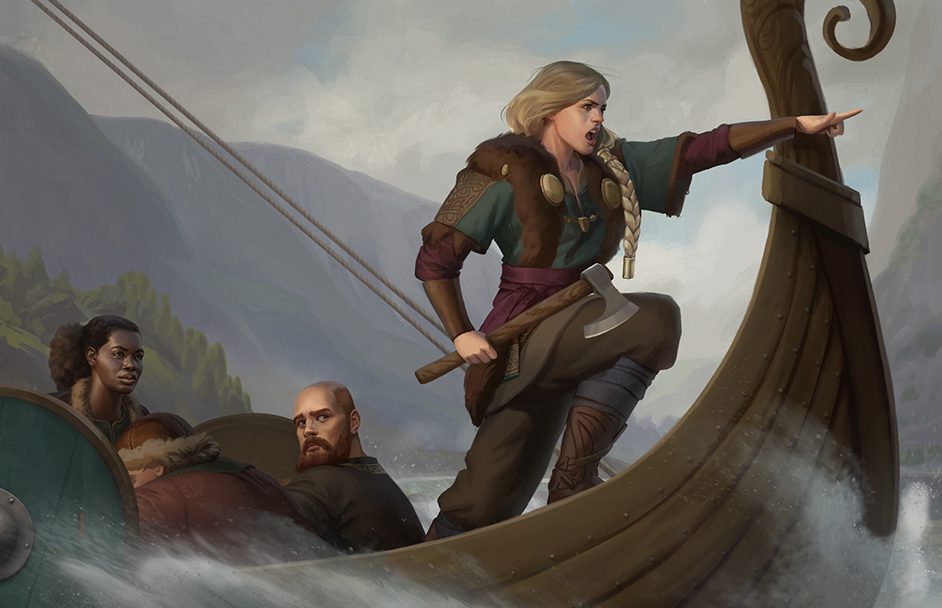 The northerners are powerful warriors and sailors. Their longships are feared along the southern coasts for when they come for gold and captives. Fighters, rangers, and barbarians make a good Valikan raider. During their long travels, some of the Valikans become traders; and where coin and adventure goes, so do rogues. Those that follow the tenets of the Prismatic Circle, or have been touched by coldfire and somehow lived, might be druids or sorcerers.

Northern campaigns are icy and often brutal. Battles, raids, and a dangerous environment are frequent focuses.

There are numerous other smaller locations you might consider for your campaign, beyond the five great nations. While not as large, these locations offer just as many exciting story hooks or options for your character’s background.

The trade hub of Liesech in Bite Bay is crumbling. Its citizens are infected by the Weeping Pox and quarantined by the Empire of Bürach, who now claims ownership of Liesech. The Morbus Doctore struggle to treat the illness, though many say their medical experiments are worse than the disease. Your character might come from Liesech if they are seeking a cure to help their quarantined family, are a traveler trapped inside its walls when the quarantine began, or are a healer interested in medicine. 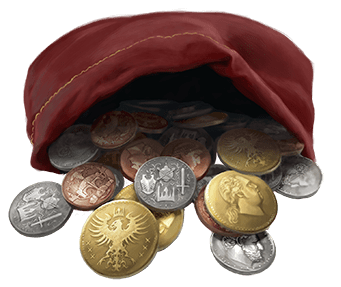 The mist shrouded city-state of Morencia can be found on a small island in the Gulf of Lions. Morencia is famous for ship building, trade, and banking. Sailors, rogues, and bards are common, as well as any character involved in the city’s lifeblood of trade. However, the ocean mists swirl constantly around the island and through the city’s canals. Morencia is especially suited to shipboard adventures, stories about the city’s gangs or bank heists, and tales of the ritual murders committed by strange cults during the city’s masked carnivals.

Southeast of The Charneault Kingdom is the Dead City of Tol Kerdywel, home to the Lich Princess Thaelkinei. Options for characters are limited, beyond monsters, only dark elves live here. If you are from Tol Kerdywel, perhaps your character is a dark elf who has sought their own path through the world. Tol Kerdywel is a great place for adventures that seek to thwart dark elves attempting to wake the slumbering Lich Princess or fight monsters twisted by the cursed land.