Welcome to the first of five blog posts dedicated to running your tabletop roleplaying games such as 5e within the iconic and deeply atmospheric worlds of dark fantasy. 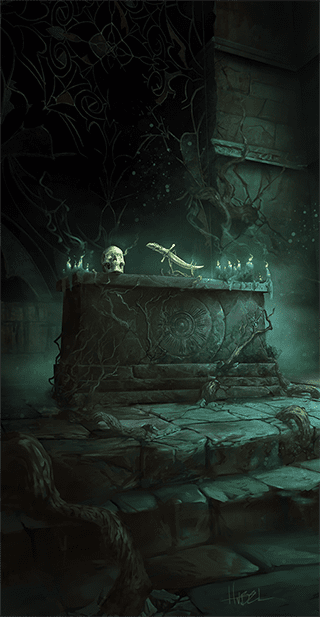 The idea of incorporating dark fantasy elements into your next (or first!) campaign may be naught but a faint shadow on the horizon of where you want your grand adventure to lead. Or perhaps you’re already possessed of a campaign with a fully-fledged commitment to tone, theme, plot, and character.

However far down the undoubtedly cursed rabbit hole you find yourself, these blog posts will help distil the concept of dark fantasy into more tangible concepts that will help you craft a game both magical and macabre. By the time we’re done here you should be well-armed in your pursuit of creating a shared story that pulsates with dread and hums its tune in a distinctly minor key.

In fact, you’re already in a favorable position to run an excellent 5e campaign for two reasons:

So if you’re with us, I’d like to start at the beginning.

Defining the “Dark” in Your Dark Fantasy Campaign

“Some lost things are meant to stay that way and it’s best not to go looking. Sometimes the lost things – they look back.”

Angela Slatter, Sourdough and Other Stories

The vast majority of all stories have ‘dark’ elements to them. Conflict is the steam powering the engine that drives your story inevitably onward toward the end of its narrative.

When clad in its day-to-day raiment, the fantasy genre is already rife with fire-breathing dragons, kingdom-shattering wars, witch-lit bogs, and all manner of decidedly dark doings. It’s when these stories are relentless in their grim dealings and only the most fleeting moments of grace serve as beacons in an endless night, that we find ourselves squaring up to dark fantasy.

dark fantasy becomes distinct from fantasy when we lean into themes primarily borrowed from horror – dread, isolation, grief, fear, and so on. But dark fantasy is not pure horror, that’s its own thing, and it’s particularly important to remember this when your story exists as a collaboratively experienced TTRPG. Games such as 5e are stories told with people you care about and whose collective fun you’re invested in. To deliver on the promise of the dark fantasy premise, to keep that last spark of light alive and toe the line but never cross it, you need to work out how dark is too dark for your group.

You can lay the foundations for this in a Session 0 – before you’ve sunk hours into plotting all the terrible things that will befall your player characters.

Playing in the Darkness Between the Lines and Veils 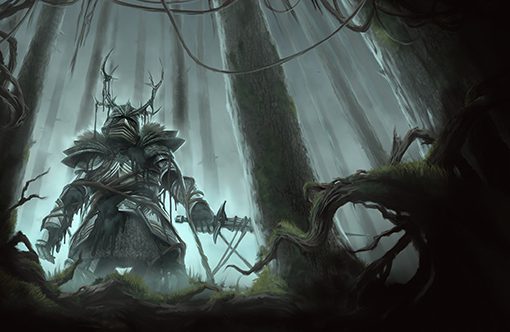 First, introduce a lines and veils document to your players as a priority on your GM agenda.

A lines and veils document is for all players – including you, because the GM is really just a player with a marginally higher volume of secrets – upon which you may anonymously scribe topics, themes or narrative occurrences that are:

For example, your players may reveal that eye injuries are a veil and bad things happening to young children is a line.

But what if your entire plot hinges on a deranged toddler gouging out a beloved NPC’s eyes at a dramatically appropriate moment?

Easy: you change it.

Nothing is real until you say it, so change it now before it’s too late. This holds true even if you’re running a published adventure – as soon as you decide to run it, it’s yours and you can change whatever you please about it. And you should.

If you elect to retain the eye-gouging toddler, or do not give players an opportunity to tell you what’s an emphatic “no thank you” in the first place, here’s what will probably happen the moment little Eye-Gouger show up:

Wouldn’t it be better if everyone just… had fun instead? Change it.

The lines and veils document serves a couple of not-to-be-overlooked bonus purposes as well.

By showing you what’s off the table or at least strategically obscured by a suspiciously stained curtain, your lines and veils document also provides a launchpad for rich, collaborative worldbuilding. Within its negative spaces lies all that which you are free to serve up, rare and bloody, creating a feast that will surprise, terrify, and delight without ever crossing the line or breaking immersion.

The toddler becomes a grandmother, a hag, her eye-gouging tendencies now a kleptomania directed specifically at the molars of hapless adventurers.

The implications of needing to set these limits also immediately reinforces the gravity of your genre and tone. This story we tell together will become a beast to be reckoned with, sharp teeth and predator’s eyes, to be enjoyed but never underestimated.

Your lines and veils document should be a living creature as well, with players able to add to it as needed. Even so, omissions may occur for a myriad of reasons both deliberate and otherwise so it’s important to also have specific tools to use during play.

Think of safety tools used during play as emergency flares to be held aloft when the dark creeps a little too close and forgotten monsters begin to emerge.

The easiest of these to implement are X and N cards.

How you use these cards is up to you. They may be literal interpretations: physical cards placed on the table to be tapped when required, or images shared in a virtual space. You can also use agreed-upon hand signals, codewords, or anything else that works for your group and mode of play. Posting an X or N in chat has worked well for my groups in digital games, for example.

If a player uses an X or N card during a session, it’s a good idea to catch up with them afterward to explore how that content could be handled in future – perhaps a new line or veil is required, or maybe the topic just needs to be approached differently.

There are countless other safety tools out there; these are just a starting point. An increasing number of publishers are including their own interpretations of these tools in their games, tailored to their content for more seamless experiences.

In Grim Hollow: The Player’s Guide, you’ll find an impressive amount of detail about using lines and veils, cards, and several other techniques. As a setting wholly committed to delivering on that premise of the dark fantasy promise, this level of detail is necessary. Creating an environment steeped in fear and despair while allowing for moments where kindness and mercy may give rise to unlikely heroes is an engaging but challenging dichotomy to maintain. Robust safety tools help your group stay the course, and if not save the world at least bring some comfort to its final, gasping days. 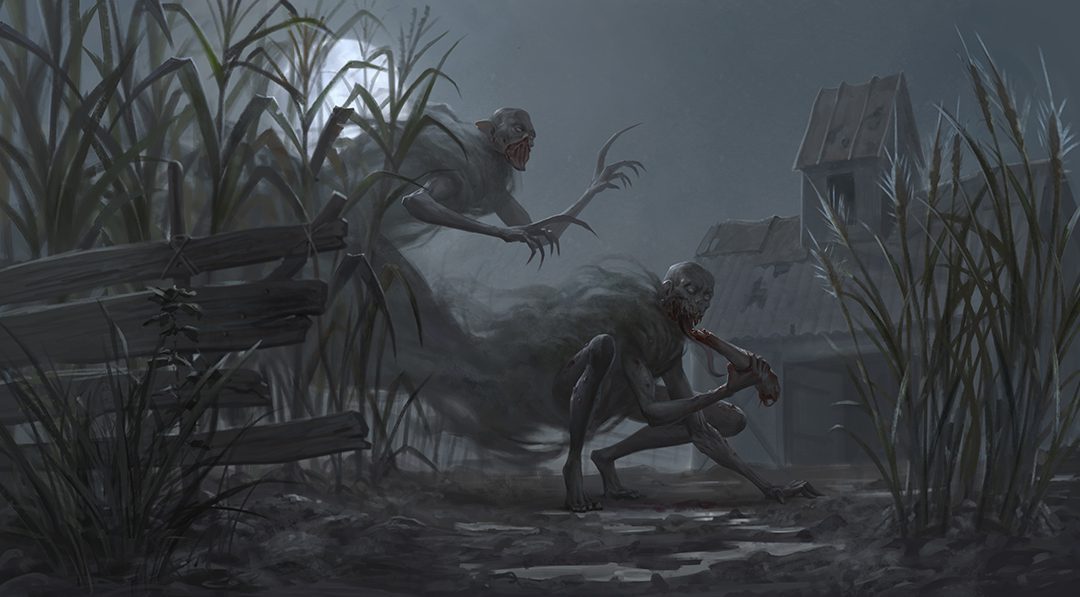 Dealing with the Inevitability of Death in Dark Fantasy

Speaking of finality, make time during your session zero to speak to your players about how the group would like to handle character death.

Even if you’re generally a rules-as-written, homebrew-averse GM, your group will benefit significantly from customizing the manner in which the party exits their mortal coil.

Dire consequences in general, and death in particular, are intrinsic to dark fantasy narratives. Your worst nightmares are lurking just out of sight, probably wearing the skins of those you trust, patiently waiting for you to slip up. In worlds like these, taking death off the table entirely pulls you away from the genre by removing the absolute consequence.

As one of the most impactful events that may befall your adventurers, it’s important to get death right – but there’s no one-size-fits-all option for what happens after that third failed death save. In fact, your options here are as varied and interesting as the ways in which a character can ultimately kick the bucket.

For example, I encourage players to develop backup characters they’re excited to play. A technique to layer on top of this is letting players know in session 0 that if their character does die and the event reduces their enthusiasm for the game, they can roll on a “second chance” table of severe complications, which ensures their character returns to the land of the living in a narratively appropriate way – albeit not quite as they were before.

This 5e homebrew rule helps achieve what I think is the most important goal of any campaign, dark fantasy or otherwise: that the game continues and we all keep having fun with it. Otherwise, what’s the point? Of course, this rule is anything but a free pass – my death table includes permanent consequences like vulnerability to the type of damage that killed you or becoming a kind of magnet for the undead.

This is reminiscent of Grim Hollow’s Grievous and Permanent Wounds rule; two tables designed to make combat a little less heroic and substantially grittier. They’re filled with harrowing gems triggered when combat is particularly brutal, like deep lacerations causing the ‘bleeding’ condition and scarred lungs limiting your available actions. But why stop there? Leverage Wounds for your “second chance” tables if that’s the route your group decides to take. The lasting impacts of a Grievous Wound would make an excellent consequence to narrowly avoiding death the first time, and a Permanent Wound for any close shaves thereafter. 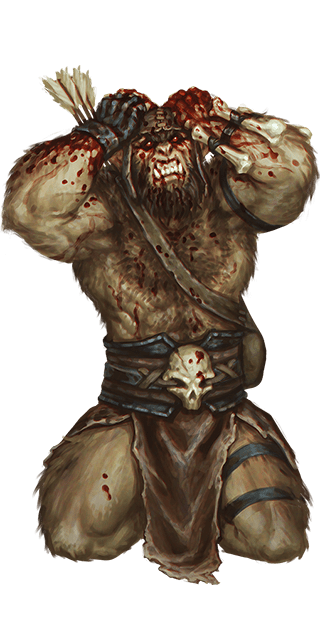 Leaning into the consequences of not dying is also a shortcut to capturing the most thematically vibrant elements of horror found in dark fantasy. The disgust you feel at the sight of a gruesome injury that will not heal, the heart-stopping panic every time someone draws a blade resembling that which (nearly) killed you, or the creeping uneasiness of knowing naught but a cold dark void awaits you when your heart beats it last.

You’ve survived, but at what cost?

As with lines and veils, be ready to make in-game adjustments as needed. Death, while an excellent motivator, is also an extremely personal and potentially fraught topic. Some players may know right from the jump that they won’t be emotionally invested in a character if there’s a chance they might die, others may be enthusiastically death-positive, and many won’t really know how they’ll feel about it until the moment arrives.

The rules you settle on together in session 0 will likely be a compromise somewhere on that spectrum, and to make sure your game snowballs to its dramatic conclusion like the gruesome katamari you’ve always dreamed of you’ll probably need to make room for the complexity of human emotions.

It’s only by respecting the agency of our players as people we care about that we can, as the GM, give their characters hell.

With that in mind, I’m adding “rescue missions to hell” to my homebrew death rules.